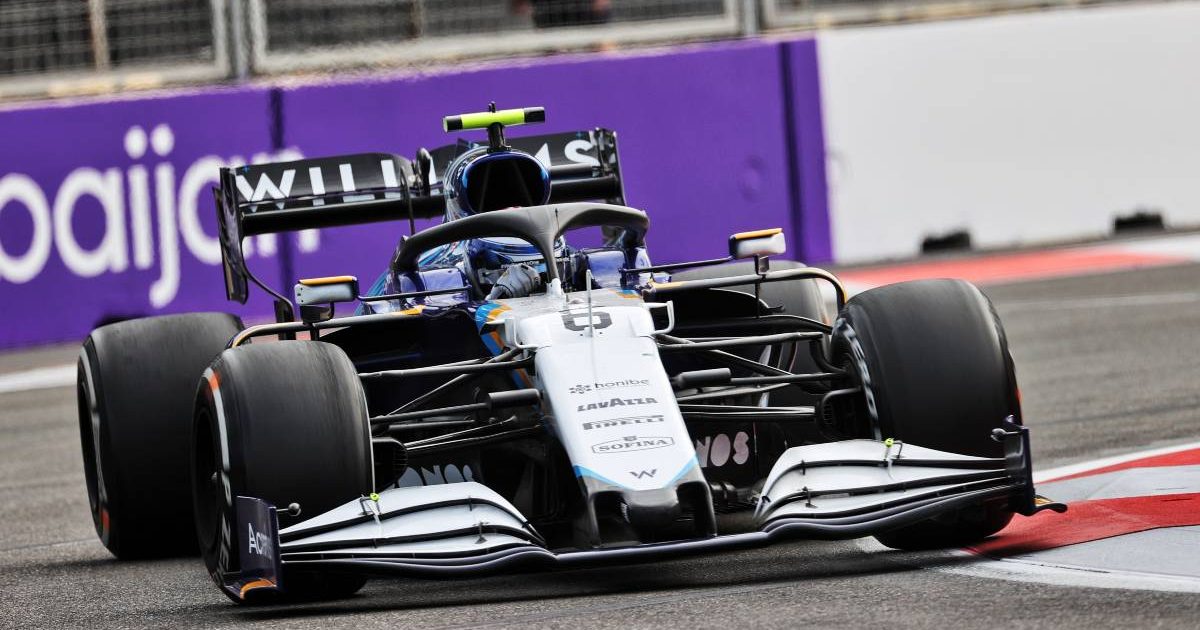 A “miscommunication” caused Nicholas Latifi to commit what the FIA termed a dangerous offence in the Azerbaijan Grand Prix, earning him three penalty points.

The error occurred after the Safety Car had been deployed following Max Verstappen’s crash in the closing stages, with all remaining runners instructed to drive through the pit lane to avoid the part of the straight on which the Red Bull was being cleared.

Latifi was told over the Williams team radio to “stay out” six times in rapid succession, followed by the words “into the pit lane but no pit stop”, with the driver immediately questioning the instruction as he passed the recovery truck.

“Sorry, sorry” came the response from the garage, with Sky F1 broadcaster Ted Kravitz instantly describing it as “a colossal team error”.

However, it is Latifi himself who has paid the price by way of his first three points on his F1 super-licence, in addition to a 30-second time penalty in the race which meant he finished 16th and last of those still running rather than 13th.

Not the Baku me or the team had hoped for. It felt like the performance was there, and I was getting the most out of the package all weekend, but operationally there were a few areas where we need to be sharper. We’ll learn from it and bounce back! pic.twitter.com/KX1REUe4hj

“Nothing I could have done there,” the Canadian told reporters afterwards. “I got the message to stay out, so just a miscommunication. That’s how it goes. In the end, we weren’t fighting for points but it’s still nice to not get a penalty.”

The stewards said Latifi had initially been “asked to box”. Their statement said: “After Verstappen’s accident on the start-finish straight, the race director ordered the cars to use the pit lane as a tow truck and marshals were on the track to recover the damaged Red Bull car. This was indicated by a light signal in good time before the pit lane entry.

“While all other cars followed the Safety Car into the pit lane, Latifi ignored the instruction, stayed on the straight and passed the scene of the recovery.

“During this process, he overtook two other cars that drove properly through the pit lane. The stewards also found that all teams were informed in good time by radio and that his team asked Latifi to box.

“This is a clear breach of Article 39.11 that requires a mandatory drive-through penalty. In addition, the overtaking of other cars and the dangerous passing of the scene on the track justify a 10-second sanction in total and three penalty points.”

Latifi added: “It’s a shame – I felt I was driving really good this weekend, all throughout.

“I think just on the operational side, just a few too many misjudgements, miscommunications, things that didn’t go well that compromised the weekend.”