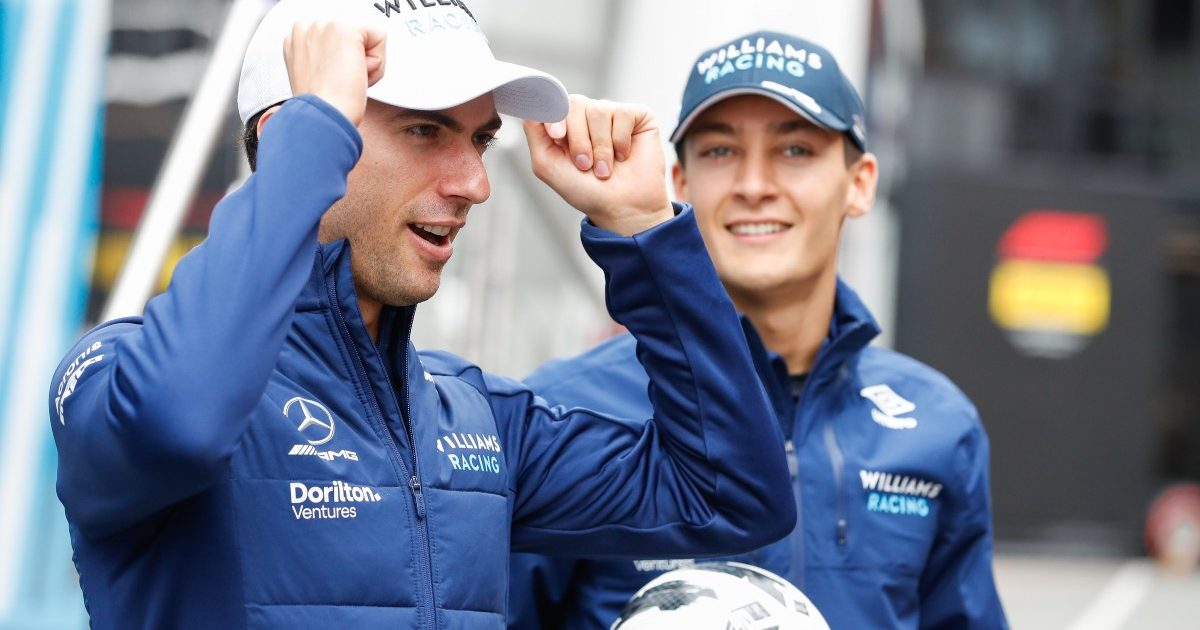 Nicholas Latifi admits he will miss having George Russell as a “great reference” as the Brit moves onto Mercedes for the 2022 season.

Latifi has been Russell’s team-mate at Williams for the past two seasons, the duo breaking the team’s point-less run at this year’s Hungarian Grand Prix.

That Sunday Latifi finished in seventh with Russell P8, one of only two races this season when both drivers have finished that Latifi has been ahead of Russell.

“Of course I think George is a great reference,” he said as per Motorsport-Total.com.

“He’s someone who you know will always get the most out of the car in nine out of ten or maybe even nine and a half out of ten cases in many sessions and especially in qualifying.

“That’s not to say I don’t think my new team-mate will be able to do the same.”

Next season Latifi will have former Red Bull driver Alex Albon as his Williams team-mate.

Russell has also had the better of Latifi in their qualifying head-to-head, yet to be out-qualified by the Canadian.

Latifi though, has at times come close to matching the Brit, saying being up against such a strong driver has meant he has had to improve at a faster rate than he maybe would have.

“Of course it’s good if you push him and be faster than him,” he said. “But if it’s the other way around, then you just learn and accelerate your own learning curve.

“I think this reference was pretty strong.

“That was of course very useful for me to learn from, especially because I’m still on the At the beginning of my career, just like him.”

Last time out in Turkey, Williams failed to score a single point for only the second time in six races.

Latifi’s chances weren’t helped by a spin on the opening lap, the 26-year-old caught out bye the wet conditions.

“I think the performance was there in qualifying and the race pace was also very strong,” he said.

“I would have easily been in Q2 if we had done a lap in the last three minutes. Even if the result says otherwise, the performance and the momentum are still there.

Latifi has scored seven points in total this season with Russell on 16. Together the two have elevated Williams to P8 after three years down in 10th place.