Home News Hulk thrives after ‘being thrown into ice bath’ 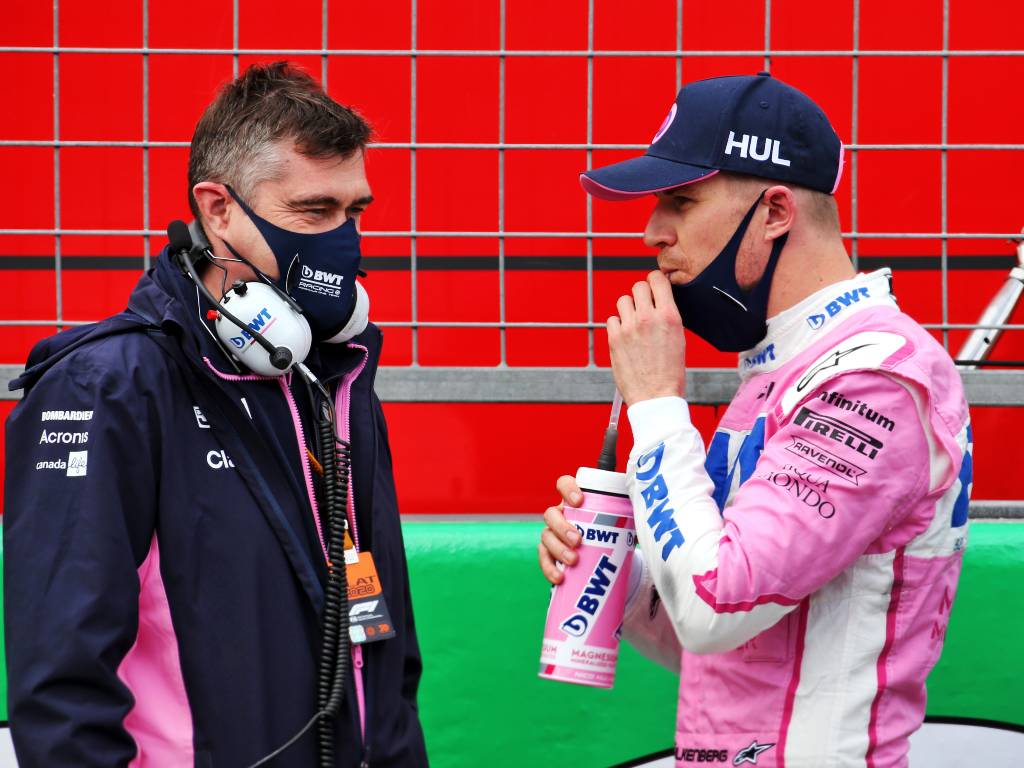 Nico Hulkenberg likened his latest guest appearance for Racing Point to “being thrown into the ice bath” after an excellent P8 finish at the Eifel Grand Prix.

The 33-year-old received a late call-up for the second time this season, driving in front of his home supporters at the Nurburgring after Lance Stroll withdrew due to illness on Saturday morning.

When he was phoned by Racing Point team principal Otmar Szafnauer, ‘The Hulk’ had been having a coffee in Cologne around an hour away with a friend, planning to make a more leisurely journey to carry out some TV punditry work.

Instead, he found himself taking part in qualifying and despite unsurprisingly setting the slowest time and starting P20, he maximised his opportunities in the race and ended up collecting some valuable points for the team that helped to lift them to third position in the constructors’ World Championship.

A particular highlight for Hulkenberg was passing his compatriot Sebastian Vettel on the pits straight on his way to being voted Driver of the Day.

On being informed he had finished P8 over the team radio, Hulkenberg replied: “Oh jeepers. I know it was fun but very, very tough at the same time. Thank you guys, that was a bunch of fun.”

He later added: “It was difficult to expect very much with so little preparation. Obviously the other guys are in the season and here I am being thrown into the ice bath, trying to swim and survive somehow. I feel quite happy and relieved that I managed this kind of performance.

“Halfway through the first stint things were falling into place, getting into a groove and a good rhythm with the car and I think that was king. Then it was key to pull off the strategy and stay out of trouble.

“We obviously had a bit of help along the way from some people dropping out, but still a good strategy and a solid drive.

“I had problems feeling my fingers in the race, they were getting cold – it was tough managing those switches.”

Although it was his second points finish in two race starts this year, Hulkenberg admitted he is not especially closer to securing a full-time return to the grid for 2021.

“It’s difficult to say,” he said. “This is the maximum I can do to promote myself and advertise, but after Silverstone nothing really changed dramatically or immediately.

“I think it’s still a process and people obviously know I’m around, but we’ll just have to be a bit more patient to see what’s happening.”