Home News Steiner: But would Hulk want to join Haas? 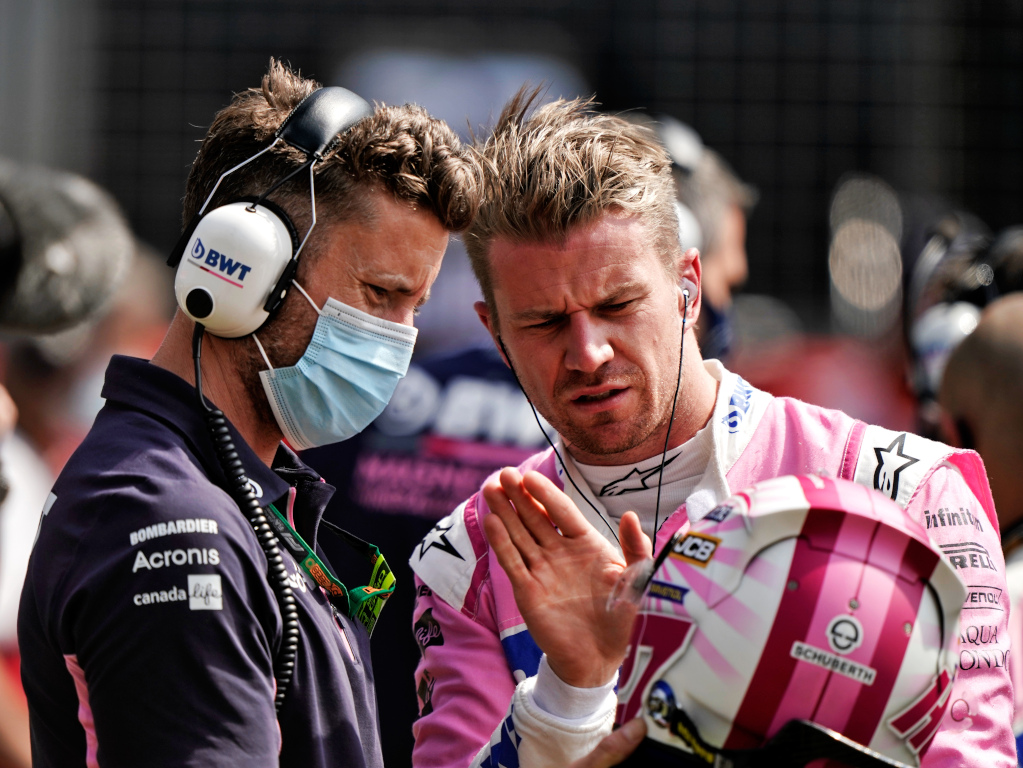 Nico Hulkenberg may be an option for Haas but that doesn’t mean the team is on the German’s list, admits Guenther Steiner.

Hulkenberg returned to the Formula 1 grid at the Silverstone circuit earlier this month, called up to replace Sergio Perez after the Racing Point driver tested positive.

Although the 32-year-old did not start the British GP as his RP20’s engine couldn’t be fired up, he did start the 70th Anniversary race.

Third on the grid, Hulkenberg brought his car home in seventh place, losing a position to his temporary team-mate Lance Stroll as he was forced to make a late pit stop because of tyre wear.

His performances over the course of the two weekends caught the attention of several team bosses, including Steiner.

Rumoured to be in talks with Alfa Romeo and Haas, Steiner was asked about the possibility of Hulkenberg signing with Haas for next season.

“I’ve spoken to him a couple of times and I get along well with him personally,” he told Sky Germany.

He does, however, question whether a driver of Hulkenberg’s calibre would be interested in Haas given the team’s current form.

Haas is ninth in the championship having managed just one point in six races.

“We are currently not performing very highly, that’s why you have to look at it from his side as to whether he would believe in it and if it would suit him,” added the Austrian.

“He is a very good driver.”

Steiner added: “From a certain level you don’t want to be in a team that can’t even be in midfield.”

As for Hulkenberg, the former F1 driver has made it clear that while he would like to return to the Formula 1 grid on a permanent basis, he won’t take just any seat.

Speaking ahead of the 70th Anniversary GP, he said: “I’m not desperate but certainly keen to be back on the grid.

Unfortunately for Hulkenberg that dream of a first F1 podium never materialised and he extended his unwanted record to 178 starts without a single podium finish.