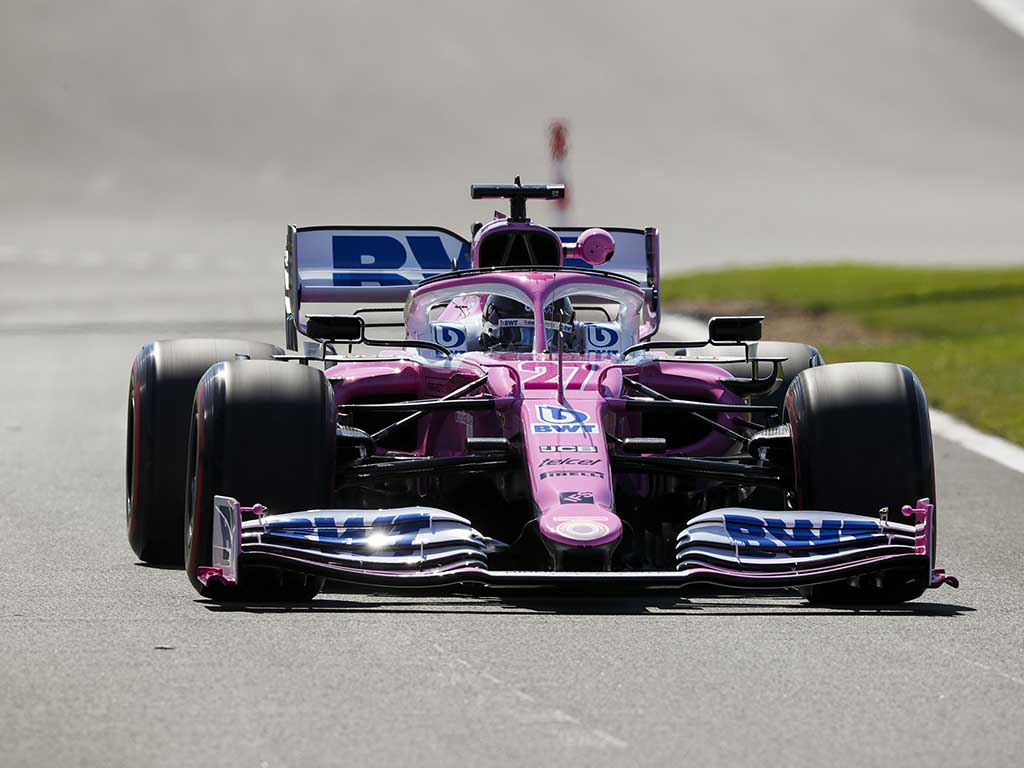 Nico Hulkenberg insisted he would “not be partying just yet” after qualifying in P3 for the 70th Anniversary Grand Prix at Silverstone.

But that will undoubtedly change if he secures a first ever F1 podium finish at the 180th attempt – in his maiden race start since joining Racing Point as stand-in for Sergio Perez.

The German driver has experienced a true life roller-coaster since July 30, a week last Thursday, when he received the call from Racing Point to hotfoot it back from Germany and take Perez’s place in the team for the British Grand Prix due to the Mexican’s positive test for COVID-19.

Hulkenberg then suffered the bitter disappointment of not being able to start the race as his car’s power unit could not be fired up.

On Friday morning, it was confirmed he would have another chance as Perez had tested positive again – and the 32-year-old vindicated his call-up by securing a second-row start for leg two of the Silverstone double-header.

“It’s crazy what can happen in life and how quickly things can change,” said Hulkenberg.

“A crazy last eight days, a Formula 1 comeback within 10 hours. It was just nuts, starting at ground zero with this car. A big high and then a big low last weekend. Now, back here, I’m a bit lost for words. It’s amazing, special days.

“But the points are earned tomorrow and that’s what it’s all about. I’ll hold my horses for now and not start partying just yet.”

Although he had shown strong pace in free practice both last weekend and this, Hulkenberg admitted he was surprised to be starting this race with only the two Mercedes cars ahead of him.

“Over one lap I was much more comfortable and confident this weekend, after having a couple of days off and some more preparation work,” he said. “That felt pretty good but I didn’t expect top three, to be honest. I think that’s a bit of a surprise.

“I made it a bit difficult for myself in Q2 by running off the track a bit, that was a bit of a scary moment.

“The team has done a lot of analysing because Lance (Stroll)’s race didn’t go to plan last week. We’ve made some changes so hopefully we are better prepared.

“For me it’s obviously all the other shebang, going through the start and everything. I haven’t done this for a while and I’m in a new car, so that will be my challenge tomorrow.

“I’m sure the guys behind are thinking ‘let’s have this German guy right away, he’s a bit rusty’. But I just need to do what I can, throw everything at it that I have and let’s see what happens.”