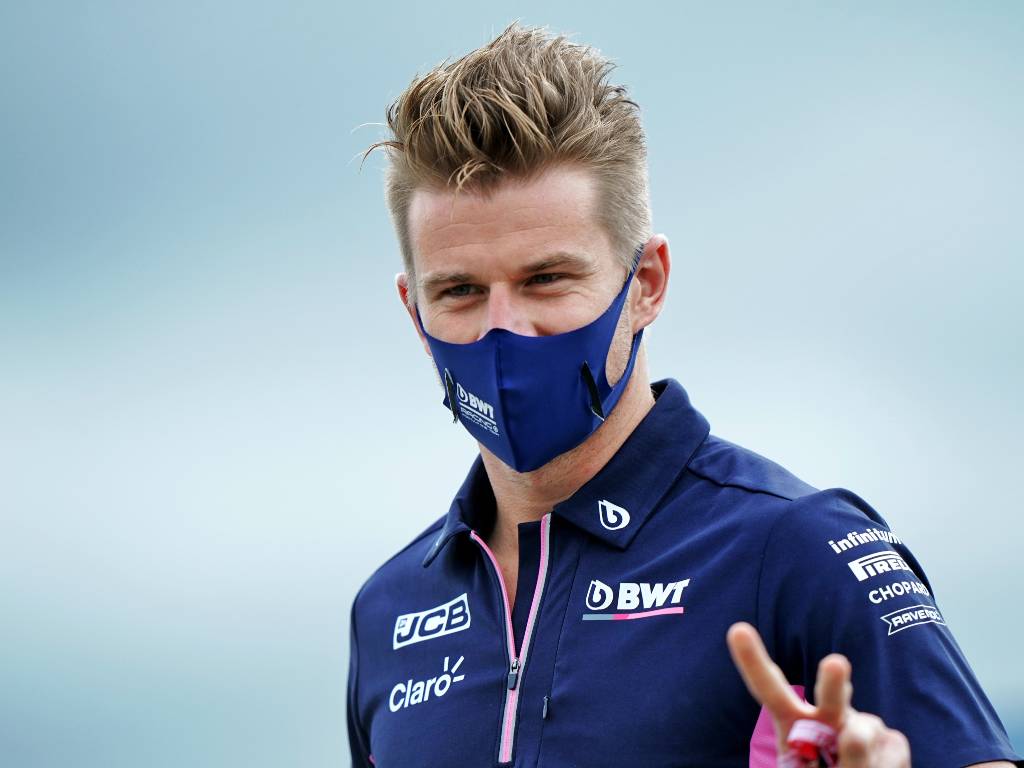 Nico Hulkenberg has confirmed he is prepared to make a third F1 guest appearance this season – but it would only be straightforward at Racing Point.

The German has stood in for both Racing Point drivers this year because of health reasons, firstly Sergio Perez in the two races at Silverstone after the Mexican tested positive for COVID-19.

Then at the Eifel Grand Prix, Hulkenberg stepped into Lance Stroll’s car when the Canadian was sidelined by a stomach upset. He finished eighth, adding to his P7 at the 70th Anniversary Grand Prix to give him 10 points for the season, putting him 15th in the World Championship standings.

The fortunate aspect for ‘The Hulk’ was that for his latest last-gasp call-up, he was only an hour away from the Nurburgring circuit on the Saturday morning and should it happen again, he is unlikely to be anywhere near as close – given this year’s remaining races take place in Portugal, Italy, Turkey, Bahrain and Abu Dhabi.

And while he is not ruling out another F1 outing this year, Hulkenberg acknowledges that circumstances had fallen into place perfectly to enable him to compete in the Eifel Grand Prix rather than Racing Point’s official reserve driver, Stoffel Vandoorne.

Asked by Auto Motor und Sport whether he will be on standby every weekend from now on just in case, the 33-year-old said: “I’m ready and also contractually free.

“It’s up to the teams to plan and take a longer-term view. Somehow it just happens by itself.

“You can’t plan something like the Nürburgring. I mean, what’s the likelihood that the same team will need you twice a year? Where the seat is already there, where your physio works in the team anyway?

“If that had happened in any other team, it would not have been possible because they don’t have a seat for me. I couldn’t have driven without a seat. Another team would need a different lead time.

“Jumping back and forth between team A, B and C is not so easy and desirable. It’s not that easy, just come along and get used to everything anew.”

However, Hulkenberg said he would have thought differently had it been Red Bull – with Alex Albon having returned an “inconclusive” test result before the Eifel Grand Prix weekend. Albon subsequently tested negative and was able to compete.

“I would, of course, have made an exception for Dr Marko,” said Hulkenberg. “Old bond. That would have been a very tight thing because the seat would have had to be tinkered on site.

“In retrospect, it would probably have been possible because there was no driving on Friday. But it wouldn’t have worked with Red Bull as quickly as Racing Point.”