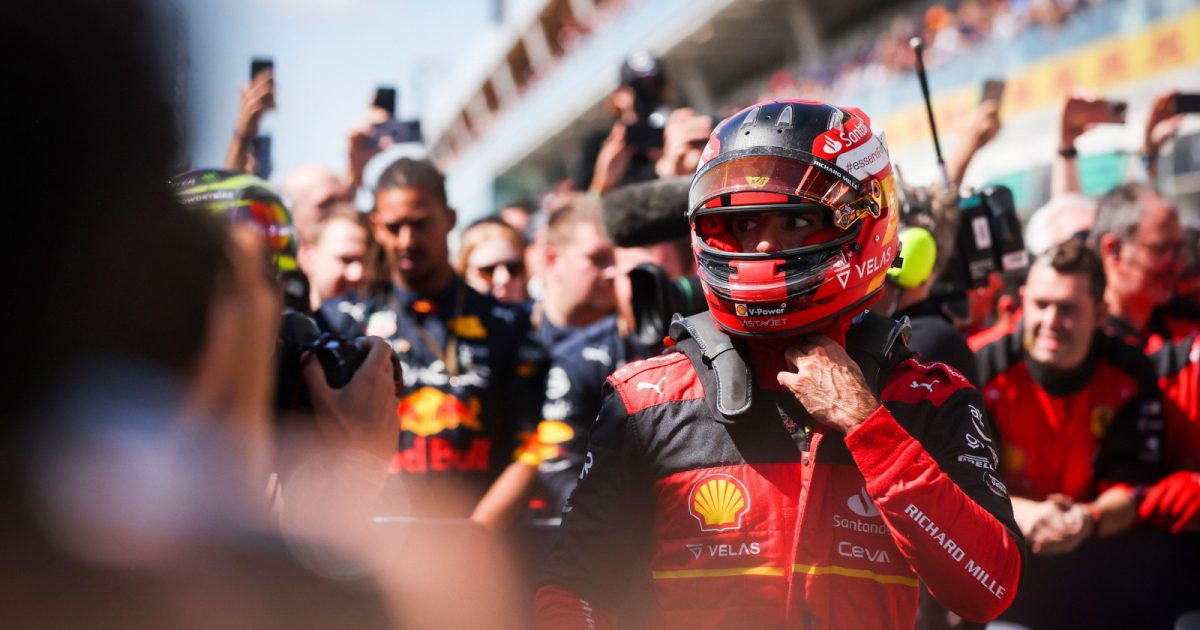 Carlos Sainz has “not got it in him” to be a Formula 1 World Champion, at least not at the moment says Nico Rosberg.

Sainz came the closest he ever has to winning a Formula 1 race when he finished runner-up to Max Verstappen at the Canadian Grand Prix, less than a second behind the Red Bull driver.

His second-placed finish meant he is up to third on the all-time list of drivers with the most F1 podiums without a race win, and seventh for the most starts without a P1.

But while Sainz is still chasing that elusive first win, the Spaniard is also dreaming of one day winning a World title.

Rosberg, the 2016 World Champion, reckons that will remain a dream.

“Because on performance, [Charles] Leclerc has been outdriving him every single race this year.

“So there he still needs to find quite a bit of progress to be on level terms with Leclerc, he is still somewhat away from there.

“That comes as quite a surprise after last year but of course the car is completely different so maybe it takes him more time to get on top of things.”

🗣️ "He's not got it in him to be a World Champion"

Nico Rosberg says Carlos Sainz needs to 'find progress' in order to be on level terms with Leclerc and to challenge Verstappen ⚔️ pic.twitter.com/axgfmhTbmb

Sunday’s race was arguably Sainz’s best of this season with the Spaniard spending the final 15 laps chasing Verstappen for the lead.

Verstappen was P1 after a late Safety Car with Sainz having stopped for fresh tyres, his rubber five laps younger.

Despite the pressure, Verstappen held onto take the win, his sixth of this season.

“It has been a couple of super-impressive races from Max,” Rosberg said. “He is so confident and driving at such an impressive level.

“He drove to perfection in difficult circumstances in qualifying and the pressure from Sainz in the race is not to be underestimated.

“Inside the car it is a horrible feeling. You have done everything perfectly and then because of the Safety Car you suddenly have the Ferrari behind you in a triple DRS zone putting so much pressure on.

“If you make the slightest of mistakes, he is through but Max managed that so perfectly.”

Verstappen leads the Drivers’ Championship by 46 points ahead of Sergio Perez with Leclerc a further three off the pace. Sainz is P5, 73 down on the reigning World Champion.