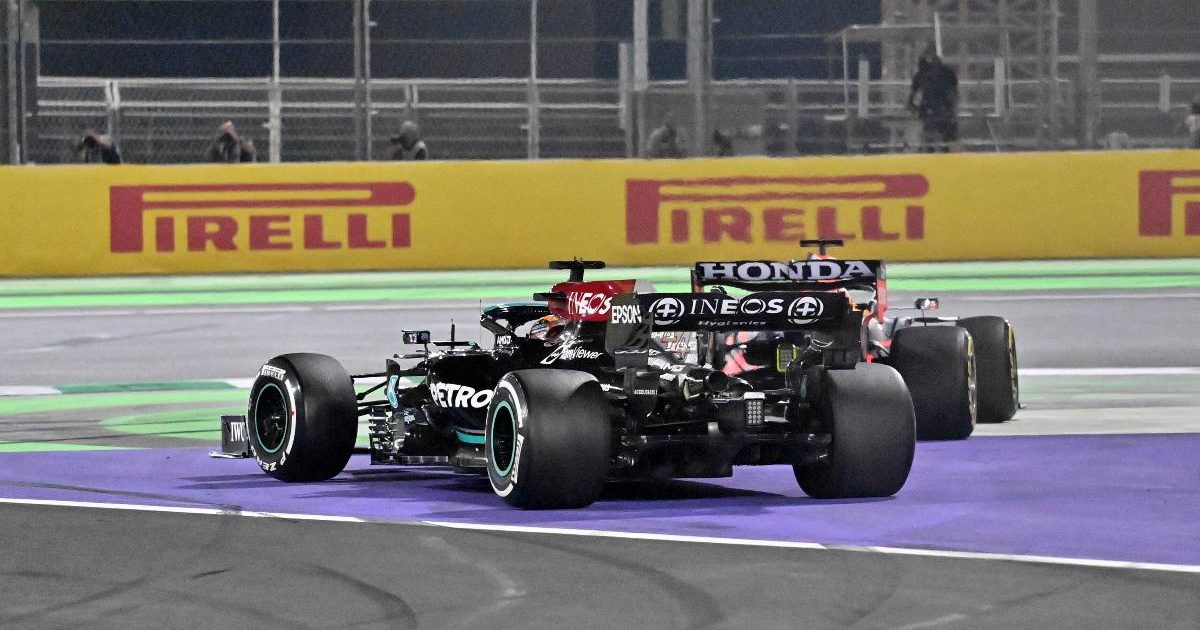 Nico Rosberg and Martin Brundle say cutting the engine of a driver that runs wide would stop track limits abuses.

Much to the dismay of many F1 drivers, the majority of circuits over the years have moved away from gravel traps, which prove not so friendly to motorbike racers as venues look to balance the interests of both.

Formula 1 therefore has been forced to police what they call ‘track limits’, ensuring drivers do not exploit the plentiful run-off areas to gain an advantage.

This has been a major headache for Race Control throughout 2021, with several controversial calls made on the subject.

In Brazil, Max Verstappen was not punished after steering himself and Hamilton off the track and retaining his lead, yet two rounds later in Saudi Arabia he was ordered to concede position to Hamilton, later receiving a five-second penalty for leaving the track and gaining an advantage.

Then at the season finale in Abu Dhabi, Hamilton was the one that left the track to keep the lead as Verstappen launched an overtaking attempt, but the stewards determined no investigation was necessary.

However, 2016 World Champion Rosberg has an idea, that being to cut the engine for “one or two seconds” for any driver that abuses track limits, thus creating a fixed deterrent for doing so.

“I have an idea because it’s really important to create some kind of deterrent for when you go off track,” he told Sky F1.

Ex-F1 racer turned broadcaster Martin Brundle backed the idea – one he has seen working to strong effect in karting.

It is also a solution he has proposed in the paddock over the years, but acknowledges the safety risk attached to it.

“I mentioned that to a few people over the years and they say ‘well, that could be dangerous for the cars behind if the car in front suddenly slows down’,” Brundle explained.

“But he will be off the track when he suddenly slows down.

“But there is a concern you might suddenly come across a car that’s slowing down without any warning.”