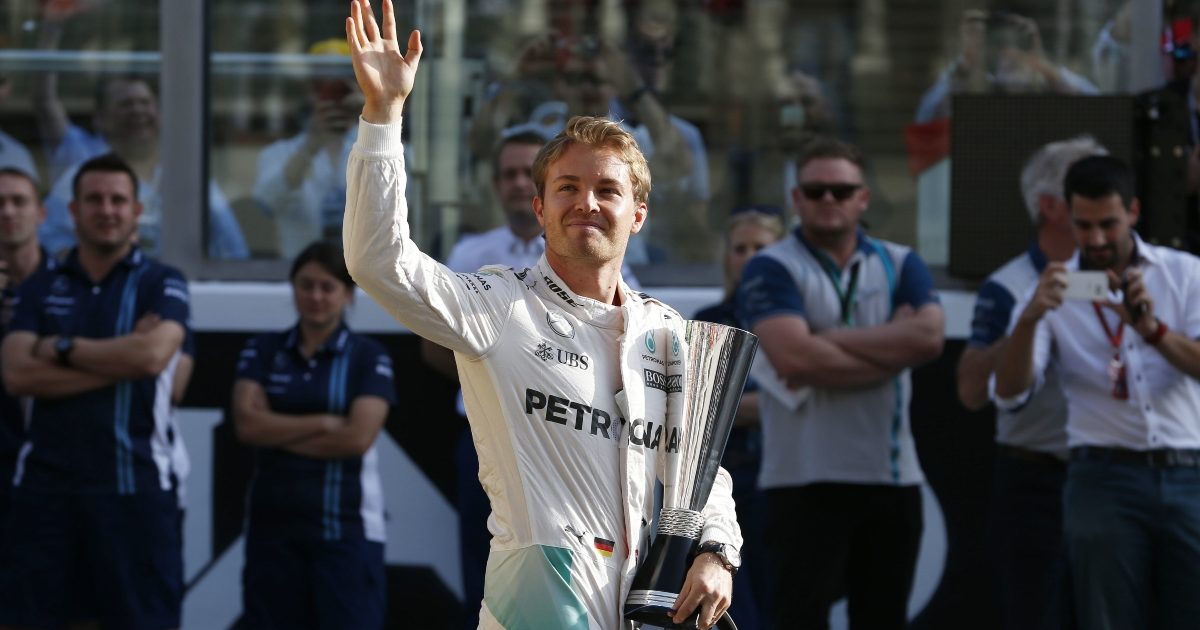 Nico Rosberg knew that he was going to retire the moment he crossed the line and became World Champion in the final race of the 2016 campaign.

The German shocked the world of F1 when, shortly after claiming his first World Championship, he announced that he was calling it a day and ending his Formula 1 career.

It was a huge decision given that he was driving for the sport’s dominant force in Mercedes and surely would have gone on to challenge for more wins and titles had he stayed.

Nevertheless, it wasn’t a call that he took long to make.

“Two metres after the line in Abu Dhabi. If you ask me, ‘When did you decide to retire?’ That was the moment,” he told squaremile.com.

“I had given it everything. It was a question of do I want to continue to deliver and live in that intensity?

“And with my dream having come true – I’d fulfilled my goal of being world champion – it just felt like a great moment to step away and have a new life, with different benefits.”

Max extends his lead on Lewis by 1⃣2⃣ points..

To win his first and only title, he had to fight off team-mate Lewis Hamilton and remains the only man to prevail in a title battle with the seven-time World Champion in the hybrid era.

Max Verstappen is aiming to become the second driver to do so this year and currently leads Hamilton by 12 points with just five rounds remaining of the 2021 campaign.

The key to beating the Brit, says Rosberg, is to remain consistent and make the most of his off-days.

“To win a Formula One World Championship, first of all you need to look at your rival,” he said.

“In this case it was Lewis, he was the only real rival, and he’s now proven to be the best of all time, so the level is unbelievably high. But, as is the case with any human, there’s also some weaknesses.

“And then Lewis also has these periods where he loses a bit of motivation – he has these dips in form – and there it’s important to maximise those moments, to keep him down for a bit longer.

“If all these ingredients come together you stand a chance, and that’s what happened in 2016.”