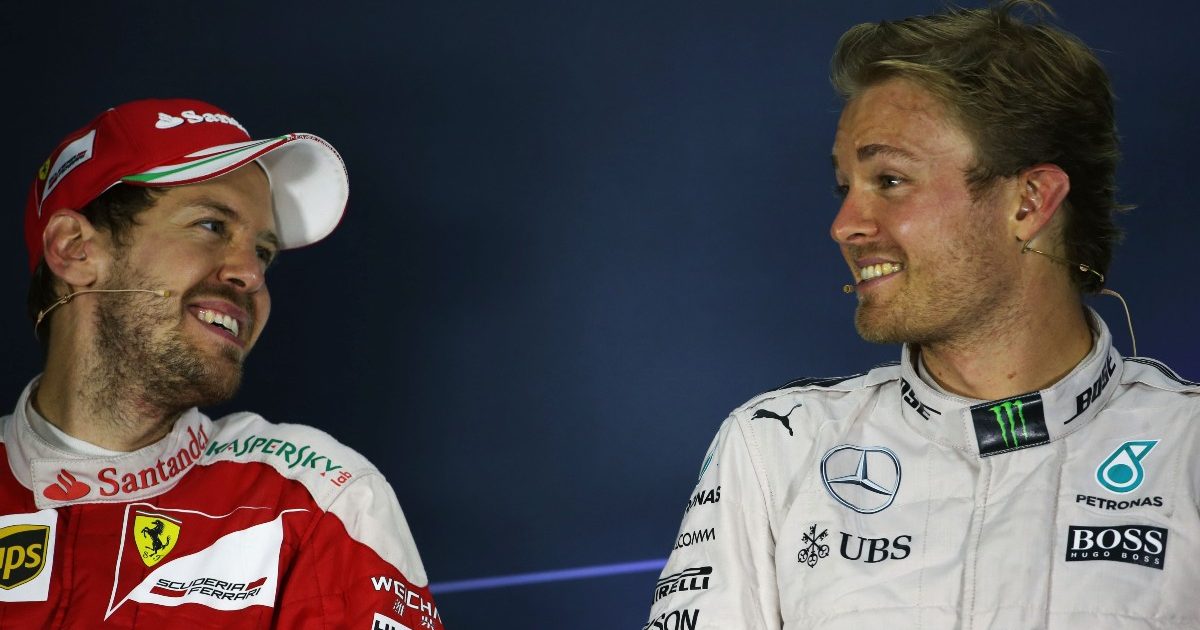 Nico Rosberg would like to see Sebastian Vettel join Extreme E and has praised the Aston Martin driver for being environmentally conscious.

Rosberg has entered his own team in the new Extreme E series, which is FIA-sanctioned off-road racing using electric SUVs in parts of the world that have been damaged by climate change such as the Sahara Desert, the Arctic Circle and the Amazon rainforest.

The German is one of three F1 World Champions to be a part of the series, with Lewis Hamilton and Jenson Button also entering teams, with the latter competing as a driver.

Rosberg wants Vettel, who recently got the aircrafts taking part in a flypast at the Bahrain Grand Prix to use biofuel, to make it four.

“Maybe we’ll get him in there somehow,” he told f1-insider.com.

“It’s nice to see that Sebastian is also following in my footsteps when it comes to sustainability because he has a huge fan base and can influence so many people in a positive way.

“It’s always great when more athletes join in and push the topic.”

Let's get the racing started ⚡ What a big team effort it was in the last couple of months! Tough conditions for the first #DesertXPrix but we're well prepared. Thank you everyone for supporting @rosbergxracing and raising awareness about climate change together 🙌 pic.twitter.com/DubIb3KRFg

Unlike Hamilton, Rosberg is not racing in another series and so could drive for his own team if he wanted to. However, he has no intention to do so, saying that he’s perfectly happy in his role as team boss.

“Not at all, at the moment I’m very happy in the executive role,” he added.

“It also brings a lot of adrenaline. It’s also a challenge to refinance the whole thing because having your own team costs several million a year.”

His boss in F1 was Toto Wolff for many years, and he can already see himself picking up things from the Austrian.

“During the test, we had an important sponsor dinner and I wanted the drivers to be there. During dinner I caught myself saying to them: ‘You are tired now, you can go to bed now’,” he said.

“Toto used to do that with me. It’s funny that I slipped into that role. That’s really beautiful.”

Rosberg’s team made a mixed start to the season, as a costly penalty ensured the first qualifying P1 of the year went to Hamilton’s X44 team in Saudi Arabia.