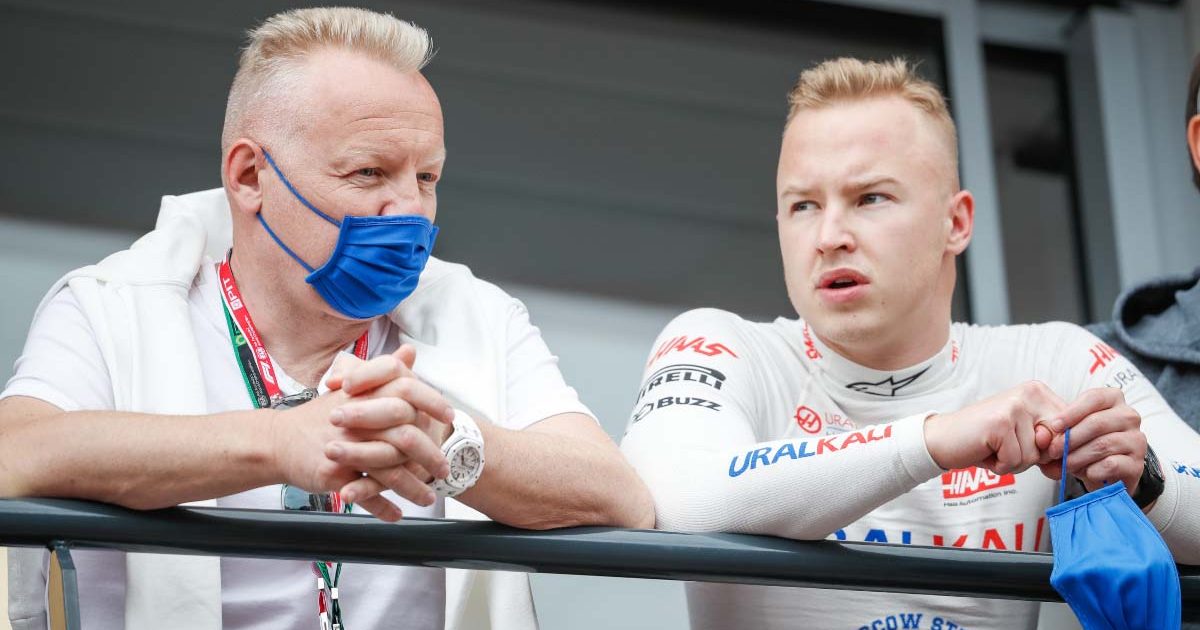 Nikita Mazepin and his father Dmitry have been added to the group of Russians subject to European Union sanctions.

It has been a highly turbulent off-season over at the Haas F1 team, who following Russia’s invasion of Ukraine, cut ties with Uralkali, their main sponsor which is owned by Dmitry, as well as dropping his son Nikita Mazepin from their driver line-up.

Haas’ decision, according to the Mazepins, had not been made due to any sanctions that they were facing.

But now that situation has changed after both Dmitry and Nikita Mazepin were added to the list of Russians sanctioned by the EU.

Explaining the decision, the EU noted that Dmitry met with Russian president Vladimir Putin at the Moscow Kremlin, alongside 36 others, on February 24, the same day that the invasion began.

And by Dmitry being present in that meeting with Putin, the EU believe it shows that “he is a member of the closest circle of Vladimir Putin and that he is supporting or implementing actions or policies which undermine or threaten the territorial integrity, sovereignty and independence of Ukraine, as well as stability and security in Ukraine.”

In addition, as stated by the EU’s official journal, Dmitry “is involved in economic sectors providing a substantial source of revenue to the Government of the Russian Federation, which is responsible for the annexation of Crimea and the destabilisation of Ukraine”, through Uralkali.

As for Nikita, he has been included in the EU’s sanctions list as he is a “natural person associated with” his father Dmitry.

Haas have already confirmed Mazepin’s replacement for the upcoming season, bringing Kevin Magnussen back into the fold, a call which was a surprise to the Danish driver.

Magnussen last raced in Formula 1 back in 2020 with Haas, leaving the team at the end of that year following a four-season stint.