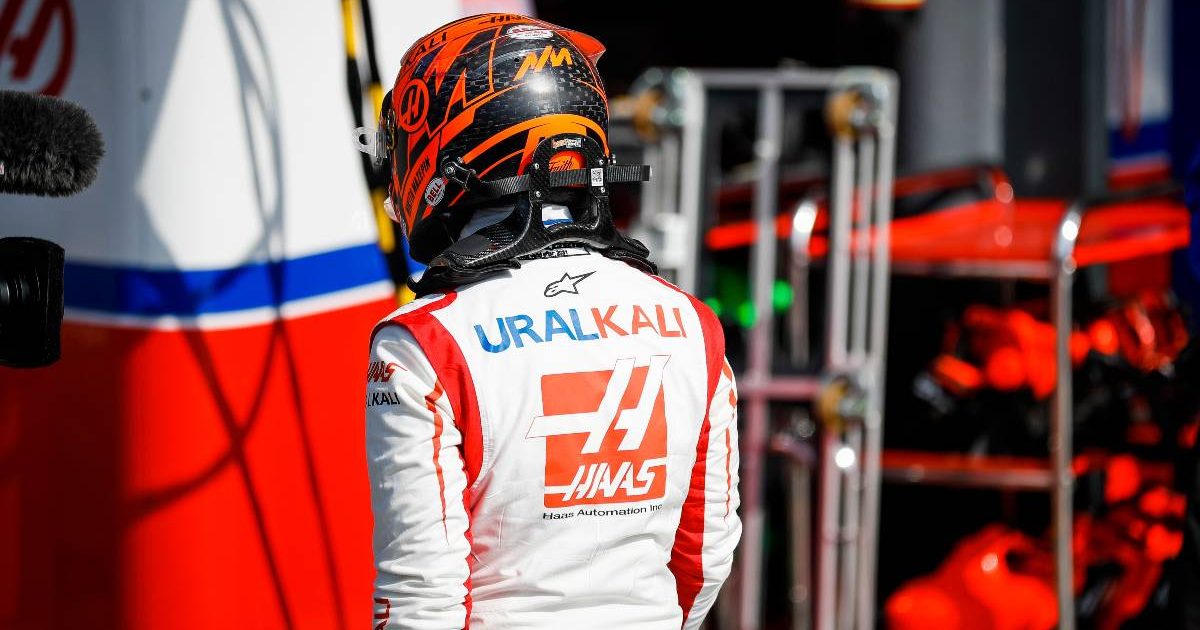 The rookie pair have had a fair few spats since joining the F1 grid this year, but their latest drama at the Dutch Grand Prix appears to be the most heated yet.

Both drivers were preparing for their final attempts to make Q2 as the traffic piled up, leading to a near miss between Mazepin, Schumacher and Sebastian Vettel who was on a push lap.

But Mazepin explained that this drama was triggered by the actions of his team-mate, who apparently for the second race in a row ignored the on-track priority which Mazepin had.

Describing the initial aftermath, Buxton said he had “rarely seen a driver so angry” over a situation not related to a crash.

For context Nikita says they have an agreement as to who gets priority on track on alternating weekends. This is the 2nd time Mick has ignored it. Mick says he got the call to go, which obviously Nikita didn’t get. Confusion ended up ruining Seb’s lap. Neither happy about that.

By the time he spoke to Sky F1, Mazepin was a fair bit calmer than the scene described by Buxton, but nonetheless confirmed his displeasure over Schumacher’s actions.

“A disaster happened,” he responded when asked to describe what happened with Vettel.

“But your team driver isn’t able to overtake you…well it happened for the second time.

“He overtook me, backed me up, and into Seb. So I’ll have a word with the team to see why that happened.”

Schumacher explained that he had asked the team if he could pass Mazepin as his tyre temperatures were dropping too low, a request which was granted.

And so, confused about Mazepin’s anger, he said this is a situation which will now be addressed internally.

“I don’t know what Nikita is saying, I think at the end his crew didn’t give him the message,” said Schumacher.

“I asked if I could overtake because my tyres were quite cold and he usually does a lap that is a bit slower than mine and I got the okay from the team and overtook accordingly.

“I think Lando [Norris] was between us and I don’t see a reason to make drama out of it, his lap didn‘t get ruined.

“We will discuss this internally and Guenther [Steiner, team principal] will also say something. In my opinion, on our side, we didn‘t do anything wrong.”

Vettel (P17) tried to get another flying lap in at the end of Q1 but hit traffic with not one but two Haas cars #DutchGP 🇳🇱 #F1 pic.twitter.com/y8EQh7O607

Whatever was going on down at Haas, it undoubtedly had major implications for Vettel who was eliminated in Q1 after Mazepin swerved into his path.

The stewards confirmed that they would investigate the incident after qualifying, but thanks to Vettel’s intervention, Mazepin and Schumacher escaped punishment.

And despite this major hold up, Vettel does not believe Aston Martin can hide behind it as an excuse for their Q1 exit.

“At that stage not much I can do, but overall we didn’t have the pace, I think when we were on track we were not quick enough,” he told Sky F1.

“For sure we could have timed the last run a bit better, but overall obviously disappointing. In the practice sessions it looked okay but we didn’t make a step in the afternoon.”