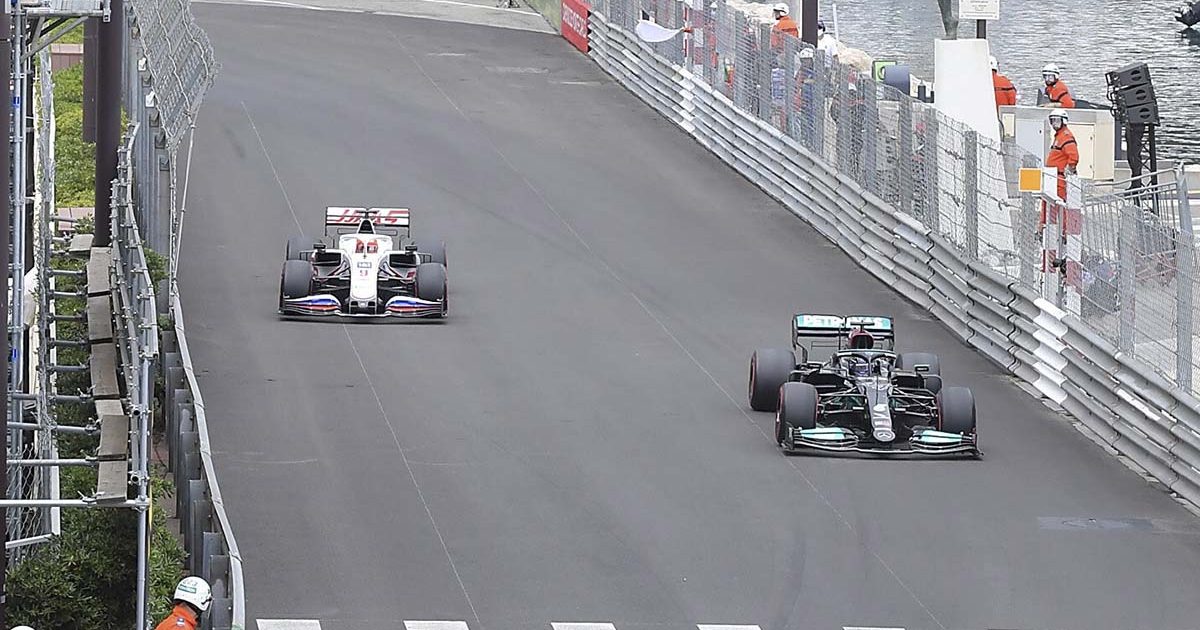 Nikita Mazepin has called for other drivers like Lewis Hamilton and Sergio Perez to be criticised for their driving antics during qualifying.

The Russian driver has been at the centre of a lot of criticism ever since he was first announced as a Haas driver for the 2021 season.

One of the complaints levelled at him by his fellow drivers on numerous occasions is that, in qualifying, he breaks the “gentleman’s agreement” in where you do not overtake the car in front on your out-lap as you prepare for your push attempt.

Mazepin has questioned the integrity of that ‘gentleman’s agreement’ and says that if he is being criticised for breaking it, then so should other drivers who he has witnessed doing the exact same thing, mentioning Hamilton and Perez as culprits.

Not often is @LewisHamilton happy with P2…

But after struggles in practice, he'll be starting on the front row tomorrow! 👊#AzerbaijanGP 🇦🇿 #F1 pic.twitter.com/7M68gXUYT3

“No, the situation is very clear for me,” Mazepin told GPFans Global. when asked after a chaotic qualifying session in Baku whether there was any confusion on how drivers should behave in Q1, Q2 and Q3.

“But in this case, I would like to address all those people who have criticised me and ask to criticise those people as well because if rules are rules, then they should be the same for all drivers.

“I watched the best in the sport do it like Lewis, like Checo [Perez], and I didn’t see much discussion going on there. No hard feelings but let’s choose a route we would like to go down in F1.”

Mazepin wasn’t the only one frustrated with how qualifying went down in Baku as Red Bull driver Max Verstappen also vented his frustration over the games being played over trying to get the best tow down the long, long straight.

“Just a stupid qualifying to be honest, but anyway it is what it is,” he told Sky F1 after Q3.

“Still P3, we have a good car. I think a good recovery from FP3 of course, everything was working out fine. But all this sh*t is all the time happening.

“It’s just unfortunate. It’s a street circuit so these things can happen and, like I said, our car is strong so I just hope in the race we can look after our tyres and score good points.”