Home News Mercedes: Mazepin omission ‘nothing to do’ with video

Toto Wolff has denied that Mercedes’ decision to leave Nikita Mazepin out of the young driver test had anything to do with his recent actions.

Days after being announced as a 2021 Haas driver, Mazepin courted controversy both on and off the track.

The Russian driver was twice penalised at the final Formula 2 race weekend at the Sakhir circuit, handed two separate time penalties as well as penalty points after pushing rivals off the track.

He walked away from Formula 2 with 11 penalty points, one away from a race ban, and enough super licence points to enter Formula 1.

Days later he was again making headlines, this time for posting an “abhorrent” video on social media of him groping a woman in the back of a car.

While the video was deleted, fans took to social media calling for Haas to drop the driver.

Haas have said they are taking the matter seriously but will be dealing with it internally.

Wolff, though, says that’s not the reason Mercedes decided to put its Formula E drivers, Stoffel Vandoorne and Nyck de Vries, in the car instead of Mazepin for the post-season young driver test.

“The most important thing was to have some learning from the test.” 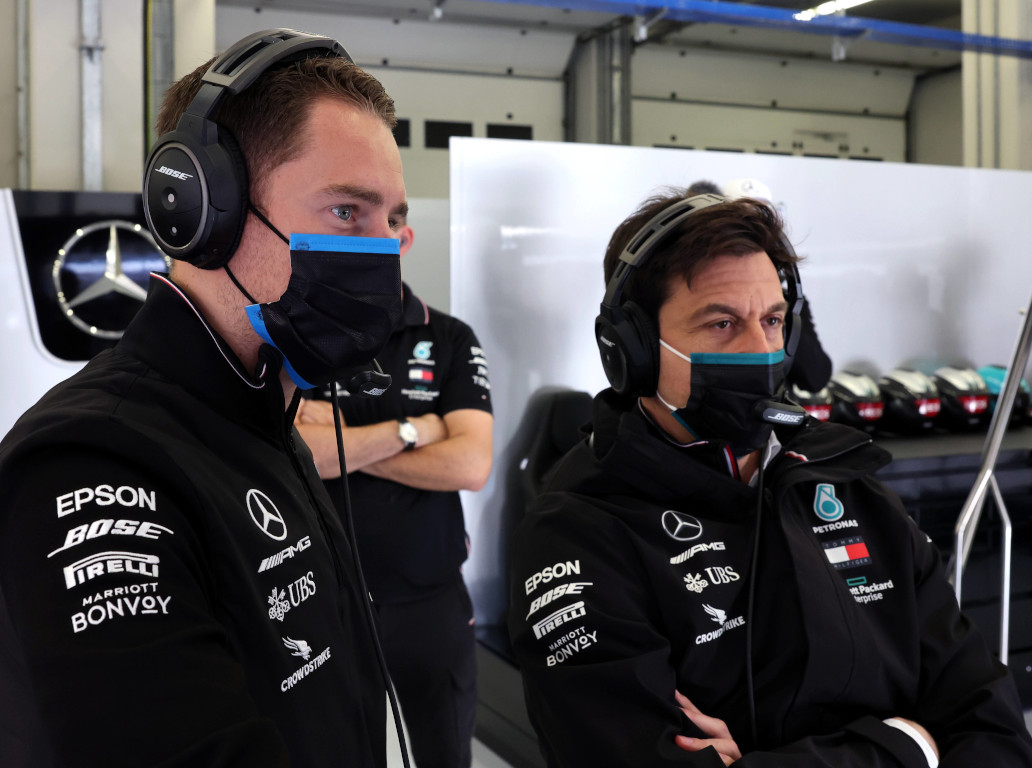 Instead Wolff says Mercedes made the decision to run Vandoorne and De Vries as it is a good opportunity for the two drivers.

He added: “We had an extensive testing programme with [Mazepin] throughout the year with a two-year-old car.

“But for the young driver test, we decided on the line-up over the last few days, and providing the opportunity to Stoffel and Nyck is good.

“They’re our works driver in Formula E, they’ve done a super solid job. And also with Stoffel not being in the car last week, it just made sense to put the two in a car.”

Despite being Mercedes’ official reserve driver, Vandoorne was passed over for George Russell when the team needed someone to sub for Lewis Hamilton at the Sakhir Grand Prix.