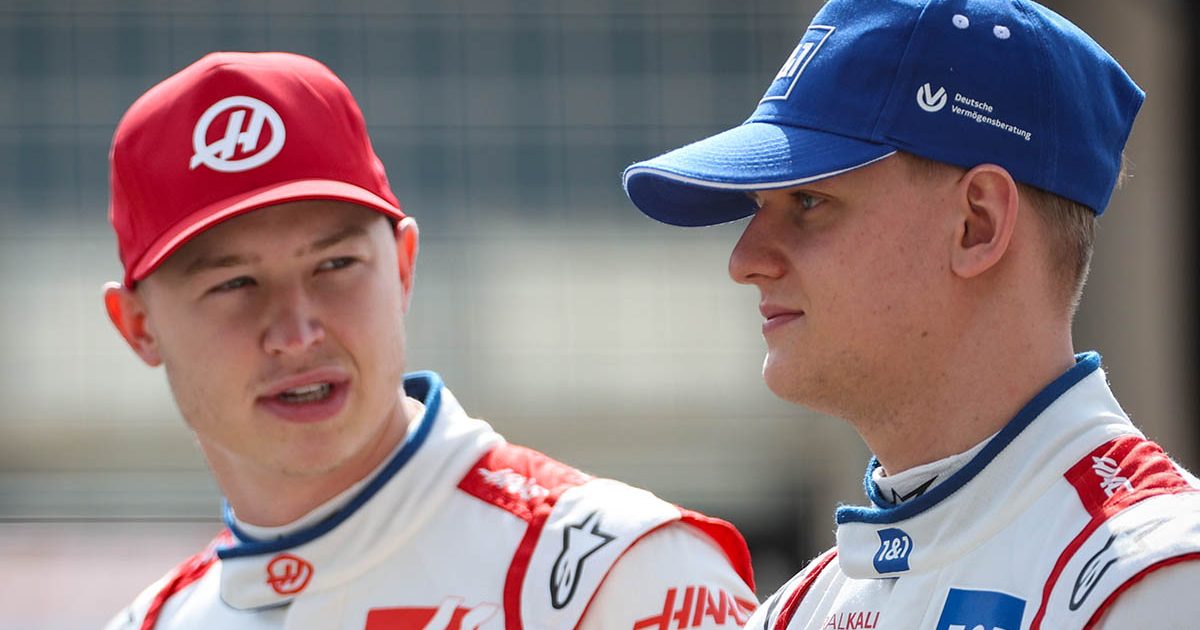 Nikita Mazepin would love to learn Michael Schumacher’s secrets from his son Mick, but only after their racing days.

Mazepin and Mick became team-mates after making the step up to Formula 1 and Haas together, forming an all-rookie 2021 line-up for the team.

And considering Mazepin idolised Mick’s father, Michael Schumacher, in his younger years, he could be forgiven for wanting to learn from Mick what made the seven-time former World Champion so great.

But that is a conversation Mazepin wants to have 20 years from now – plus, he does not believe Mick would reveal Michael’s secrets anyway until they are no longer competing.

Asked by La Gazzetta dello Sport if he has ever talked about Michael with Mick, maybe for some racing trivia, Mazepin said: “No, because I’m sure Mick would know a lot of details that I’d like to know, even just how he concentrated, what he ate before a race, how he trained, and then how he braked, how he took corners. Everything.

“And many years from now, maybe 20, over a glass of red wine, I’ll ask him everything. Now I’m sure he won’t want to share any of his dad’s secrets with me.

“When I was five, six, seven years old I only watched Michael Schumacher. I wanted to become like him.”

As Mazepin grew older, it was then Lewis Hamilton whom he began to watch closely and appreciate, not just because of his on-track heroics but more importantly due to his successful balancing of Formula 1 and his other projects.

“As I got older, I started to admire Lewis [Hamilton]. For what he does on the track, of course. But mostly because he was the first to show us there’s more to it than that,” Mazepin explained.

“That you can also do a lot more outside of racing, from his interests, like fashion, to charity work.

“My hero driver is Michael, my model human being is Lewis.”

At the race track, Mazepin and Mick have not always cohabited well, with tempers flaring on several occasions this season.

Mazepin was clear though that their relationship is good, even if he is still waiting on a response from Mick after inviting him to visit Moscow.

“It is positive,” said Mazepin of his relationship with Mick.

“I have to ask him to answer me – I recently invited him to Moscow and he hasn’t answered yet.

“We had some misunderstandings, it’s normal. We are two young people trying to have a long career in Formula 1. But we’ve known each other for a long time, we know how to find ways to work together.”