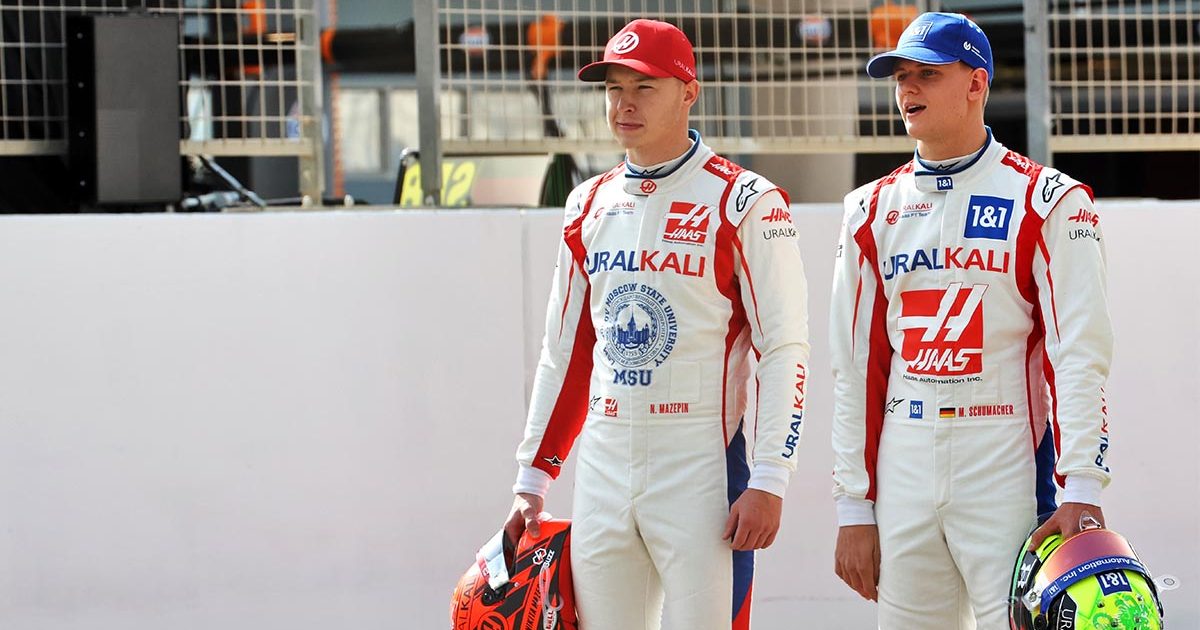 Nikita Mazepin says he and Mick Schumacher are getting on as team-mates, but the battle between them will become “intense” as he speeds up.

The Russian has had an underwhelming start to his Formula 1 career, rubbing several of his fellow drivers up the wrong way with his on-track conduct and the Haas driver finding himself in the gravel on several occasions.

Haas rookie Mazepin says the atmosphere within the team is harmonious as it stands, with he and Schumacher hoping to help the team progress as much as possible in their backmarking VF-21.

“Me and Mick get on very well,” he said to Motorsport.com. “And we do our best to lead the team in the best possible direction with the car. But it’s obviously not possible to do that too much as the car stays the same [in terms of development]. We are generally lacking downforce compared to other cars, especially on high-downforce circuits.

“The atmosphere has been very healthy in the team so far and I’m looking forward to doing my best to keep it the same way.”

With Schumacher being in the Ferrari driver academy, the young German has been able to utilise the Scuderia’s resources by testing an old-spec car around Fiorano, alongside use of the team’s simulator to help him on his way.

While the Russian does not have that option, he says he is doing what he can to put himself on to Schumacher’s level – believing the intra-team tussle at Haas will heat up in the coming races.

He also added previously that he feels public perception of him will improve once results start to go his way.

“Obviously there are some tools I don’t have available to me at this moment in time, but I’m working on finding options to find solutions to have the same or more available to me,” he says.

“Driving isn’t just about things on track, you can visualise loads of things in your head. You have to be very fit, I train twice a day – with the odd rest day – so I do a lot, and that keeps me happy because I know I’m doing the most I can. The people close to me see it.

“I wake up every morning with that one goal [beating Schumacher] in my mind. But I think in the very close future it will be an intense battle, I can tell you that.”