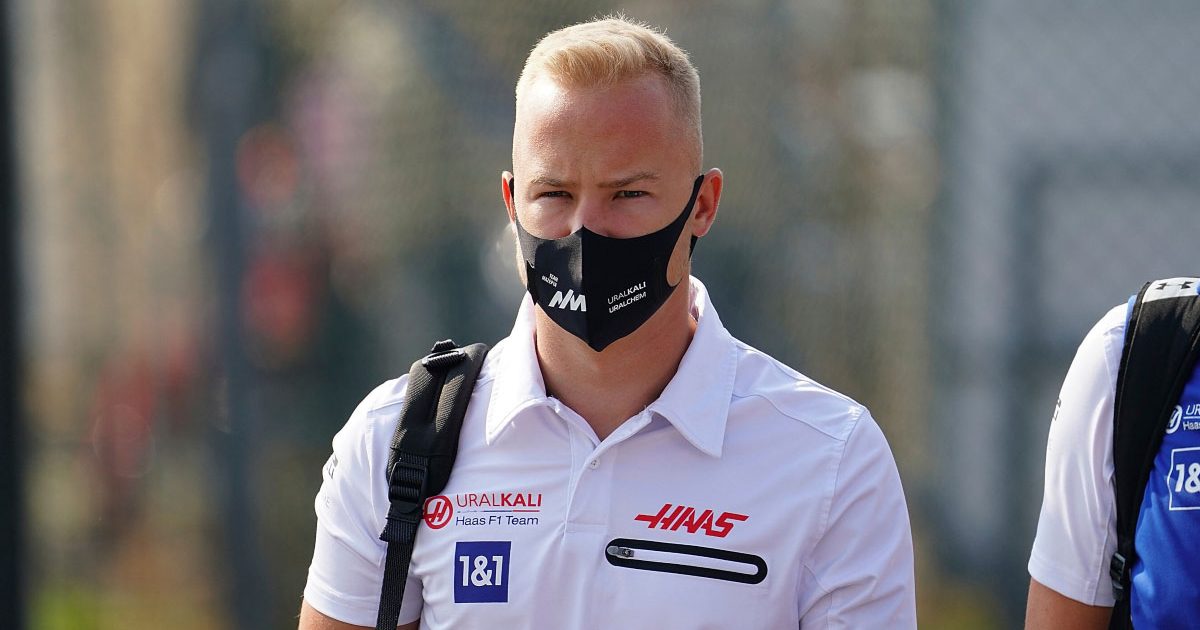 Haas principal Guenther Steiner was pleasantly surprised to see how well Nikita Mazepin and his engineer worked together at the Russian GP.

With Haas struggling badly for form in 2021, only a golden opportunity can open the door for either Mazepin or Mick Schumacher to climb up the order.

In Russia that opportunity arrived, but too late with the rain falling in the closing stages of the race.

Mazepin then was unable to improve from P18, the last of the runners, but Steiner nonetheless was happy to see how well his rookie driver worked with his engineer over those key tyre decisions as the rain poured down across half of the circuit.

“I was surprised myself how well he worked with his engineer Dom (Haines) when they made the decision,” said Steiner.

“There wasn’t a lot of going back and forth. We chose – I wouldn’t say the safe strategy, but the best strategy we felt in that moment in time – to take tyres because our team manager had an eye on the weather radar, he was predicting more rain, and it came.

“All in all, that worked very well and there was no moment of panic, just sheer action.”

The Russian Grand Prix was Mazepin’s home event and that meant it was a new and busy experience for Mazepin.

But, Steiner said that the 22-year-old coped well with all that added activity.

“Nikita having his home event and with Uralkali being our title sponsor, there was a lot going on,” Steiner explained.

“He did some filming before and after the event in Moscow, so he got the feeling of the reality of what it is to be a Formula 1 driver.

“On the race weekend itself, the racing was the same. Like every other grand prix, it’s about always finding in a short period of time the concentration coming from all these activities around it, but he coped with it pretty well.

“Mick had his first retirement, but he kept his head up and didn’t get frustrated because up to now he had a pretty good run with no mechanical failures.”

Next up is the Turkish Grand Prix at Istanbul Park, a venue where Mazepin has no prior experience as a racer, though it was the first grand prix which he ever attended.

But without access to a simulator, he expects the race weekend to be a “steep learning curve”.

“Turkey will be an interesting experience because I haven’t raced there yet,” he said.

“I probably won’t get the simulator time and it will be a steep learning curve experience but nevertheless, it’s nice to visit there.

“This is the track that I came to for my first ever grand prix as a child – my dad took me there when I was seven or eight years old. Memories will come to me and I’m looking forward to it.

“From what I know about Turkey, the grip level hasn’t been great, but Formula 1 cars have the tendency to improve that the more you use the track.

“I’m hoping it will be a fun place. Formula 1 tracks are so high level with Formula 1 and FIA at the moment, that it should be good to drive.”

Turkey is the final leg of the European phase of the 2021 Championship, so Mazepin is looking forward to moving on to the Americas and Middle East after this where he will be challenged in many more ways than just driving the car.

“The first part of the season has been good. It’s been a learning curve but an upwards one which is a good thing,” he reflected.

“The way this season has unfolded, I think has been positive because as a racing driver, if you race in Europe first like you did in Formula 2, there are fewer things you need to acclimatize to and learn.

“I feel ready to move on and explore new tracks, explore the world, and start to get to proper work with time zones, heat acclimatization etc. so I’m looking forward to it.”