Nikita Mazepin is only awaiting a super-licence before a two-year deal to drive for Haas is announced, according to reports.

Links between the Russian F2 driver and the American-owned F1 team first emerged at the start of October from the same source, the Italian version of Motorsport.com.

Now they say Mazepin “seems certain” to be with Haas for the 2021 World Championship as a replacement for either Romain Grosjean or Kevin Magnussen.

Mazepin won the F2 feature race at Mugello last month for the Hitech team and if he retains his place among the top seven in the standings after the four remaining rounds of the series in Bahrain, he will be eligible for an F1 super-licence.

The 21-year-old is currently sixth behind leader Mick Schumacher but only seven points separate him from third-placed Yuki Tsunoda, while he has a cushion of 20.5 back to eighth position.

The It.Motorsport.com report also claims “the number one candidate on the second car is Mick Schumacher”, although the son of Michael Schumacher, the seven-time World Champion, is being very strongly connected with an Alfa Romeo seat alongside Kimi Raikkonen. 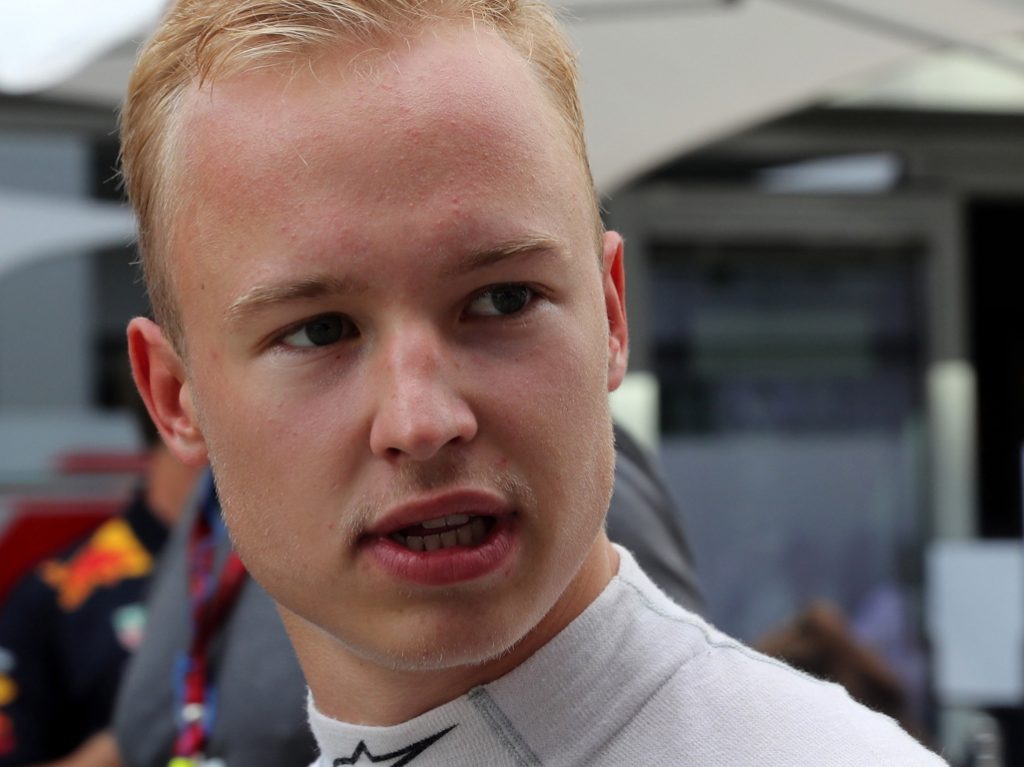 The Schumacher link with Haas has arisen because, according to the report, Sergio Perez, “who initially had Haas as option number 1” after being pushed out of Racing Point to make way for Sebastian Vettel, is “now focused on evaluating the possibility of Williams (who would sacrifice George Russell)”.

The report continues: “Everything suggests the Haas-Mazepin negotiation is in fact finalised, but for the announcement we will most likely have to wait for the official release of the super-licence to the Russian driver.

“Mazepin could, however, get the coveted okay from the FIA without waiting for the outcome of the cadet category season (the last stage is scheduled for December 6 in Bahrain) having the International Federation changed the criteria for awarding the super-licence in the last World Council.”

As for Russell, the same writer, Roberto Chinchero, believes he could be ousted from Williams in favour of Perez because the Briton’s contract for next year was signed before the team was taken over by new American owners Dorilton Capital in August.

Russell is currently in season two of a three-year ‘loan deal’ from Mercedes, where he is a part of their junior driver programme and remains a strong candidate for a race seat when Lewis Hamilton or Valtteri Bottas step aside.