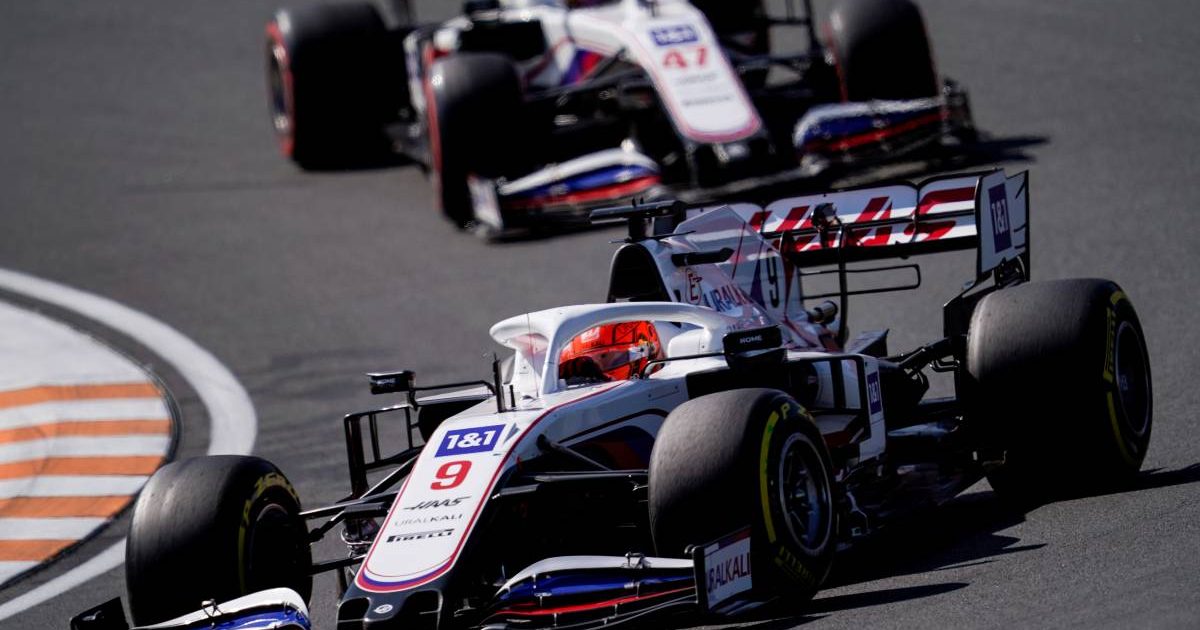 Nikita Mazepin was “upset” that he had another race cut short at the Dutch Grand Prix – but was glad he was not to blame.

The Moscow-born driver’s difficult first year in Formula 1 with the Haas team has endured another weekend to forget, having started in familiar style – a spin in FP2 left his car beached in the gravel, then he had another clash with team-mate Mick Schumacher during qualifying.

The unwanted hat-trick was completed on Sunday when Mazepin was forced to retire from the race at Zandvoort on lap 43 with a hydraulic issue.

In terms of things that come in threes, it’s now a trio of consecutive races where the 22-year-old has failed to complete the full distance – he was taken out in the pit lane in Hungary by Kimi Raikkonen due to an unsafe release by Alfa Romeo, while the Belgian Grand Prix was, of course, curtailed by rain.

The inability to reach the chequered flag is starting to get to Mazepin after this latest retirement from a race in which Schumacher crossed the line last of the 18 still running.

Lap 43/72: Nikita has to retire from the race due to a Hydraulic Issue. #DutchGP #HaasF1 pic.twitter.com/oHS2i1RGj4

“I’m upset as well,” said Mazepin when the Formula 1 interviewer told him he was sorry to see him retire.

“My job’s to drive and I feel I’m not driving enough the last two race weekends. Luckily, I don’t feel at fault for it, so that’s one thing to put in the back of your mind.

“I was having a good race, I had a very good opening lap and I was trying to manage what we had possible with our car today.

“Unfortunately the hydraulics issue meant we needed to manage and turn down the engine power, which ultimately let Robert Kubica leave us and then for safety respects just stop.”

With the Haas comfortably the slowest car in F1 this season, Mazepin was at least pleased the tight, twisty nature of the Zandvoort circuit meant he was less of a sitting duck as usual to faster rivals.

“I had a good race and it was a lot of fun,” he added. “This track, for underdogs like us with a slower car, lets you defend a little bit because the straights are not that long and you can leave a little bit of last corner, but you’re an easy target into Turn 1.

“I gave it my best. I just want to give the best result to the team and today it wasn’t meant to be.”