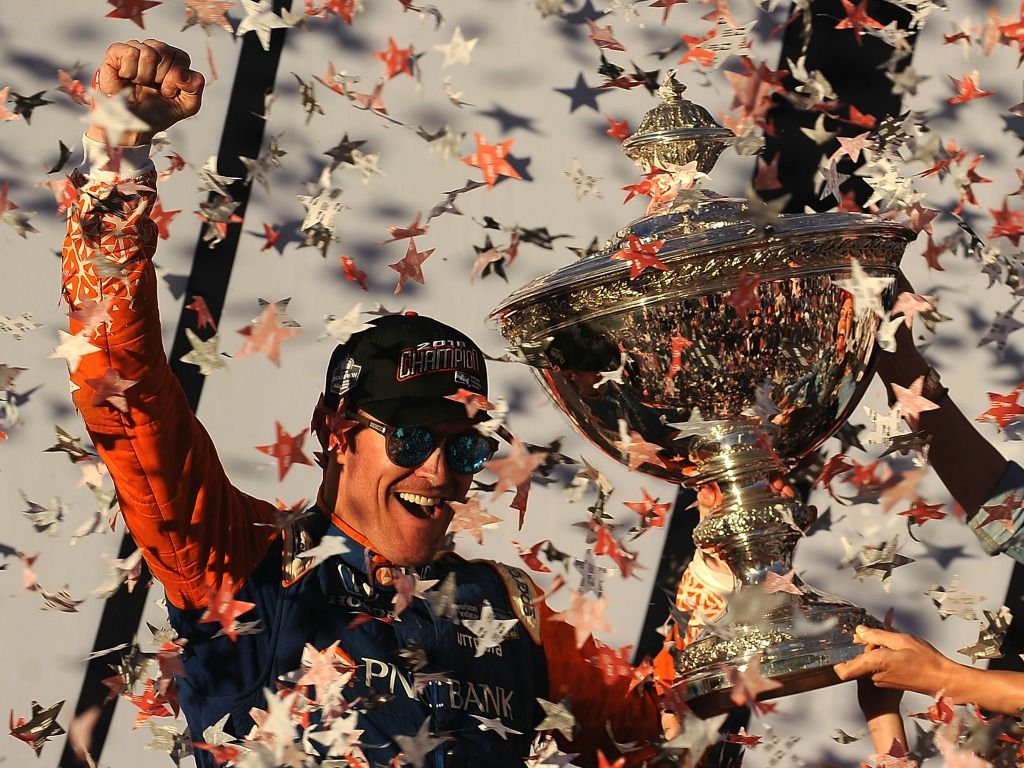 Scott Dixon is one of the most decorated IndyCar drivers of all-time, and the Kiwi says he has no regrets about not driving in Formula 1.

Dixon secured his fifth IndyCar Championship at Sonoma on Monday, and his five is now second only to AJ Foyt’s seven titles in the series.

The 38-year-old also sits in third on the all-time wins list, with his 44 victories only behind Mario Andretti (52) and Foyt (67).

Back in 2000, there were high hopes that he would become the first New Zealander to race in Formula 1 since Mark Thackwell in 1984.

Dixon had just got the move up to ChampCar, which was seen as the second division of single-seaters, behind F1.

However, his first real opportunity did not come until 2004, the year after he won his first IndyCar title, when he tested with the BMW Williams team.

“We had a good test with Williams but it was a bit of a funky time,” Dixon admitted to Stuff NZ.

“I’d just won my first IndyCar championship and we were going for a full-time ride and contractually that didn’t look like what it was with the team. They had other drivers already lined up.

“So it was one of those things where do we do the test drive thing for a year and possibly get lost in that world forever or do we do something that I really enjoy and where we had just won the championship?”

Like most would have, Dixon and his team saw the move from reigning IndyCar Champion to Formula 1 reserve driver as a step backward.

“There’s zero regrets. I definitely don’t regret our position and what we did,” the Kiwi added.

Dixon has gone to win four more IndyCar Championships over the last decade and a half, leading to others saying that he would have been more than good enough to succeed in F1.

Max Chilton drove alongside Dixon at Chip Ganassi Racing during his time in IndyCar.

“I think he’s one of the best drivers in the world and he could give anyone a run for their money in a Formula One car,” Chilton told ESPN back in January.

Peter DeLorenzo, editor of US website Autoextremist, belives that Dixon could have become a Formula 1 World Champion had he made the move.

“Would he have been a champion in F1? I have no doubt he would have been had he chosen that pursuit,” DeLorenzo wrote.

“But I’m glad he has raced in IndyCars, because we have gotten to see one of the best drivers in racing history, year-in and year out.”

Despite being 38, Dixon has the chance to emulate Foyt and win a seventh title before he retires from motor racing.