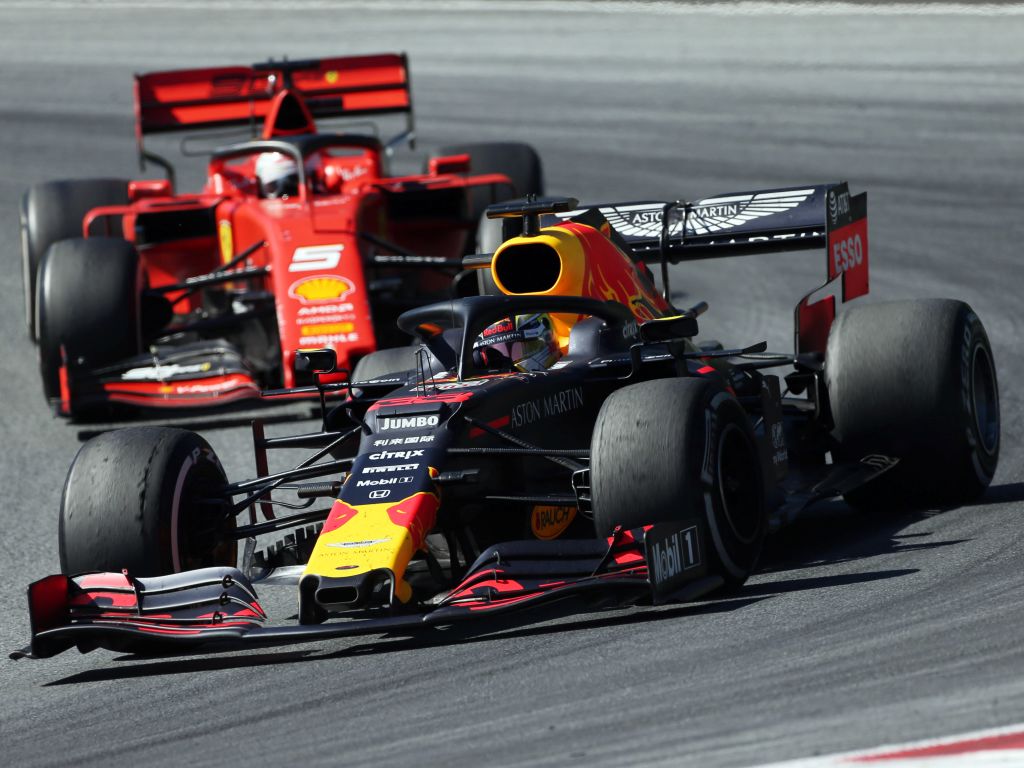 Ferrari believe the stewards have got it wrong by taking no further action against Max Verstappen’s race-winning move, but won’t appeal.

The Red Bull man had made impressive progress through the field, overtaking Sebastian Vettel and Valtteri Bottas before coming up behind then race leader Charles Leclerc.

On lap 69 of 71, Verstappen launched a move up the inside of the Ferrari driver at Turn 3, with the pair touching wheels before Verstappen drove off into the lead.

The Scuderia were confident that the win would be returned to Leclerc, but the stewards decided to take no further action, meaning the 21-year-old’s and Ferrari’s wait for a first win in 2019 goes on.

“What’s Ferrari’s opinion and position – we still believe this is a wrong decision, that’s our own opinion, we believe that Charles left the entire space, he had no fault, a collision has happened and he has been pushed and forced off the track,” Binotto told Motorsport.com.

“We believe these are clear rules, which we may appreciate or not, and these are exactly the same rules which have been applied in past races.

“Having said that, we respect fully the decision of the stewards, they are the judge and we need to respect that, and more than that I think that as a Ferrari fan – and I’m an ultimate Ferrari fan – I think it’s time for F1 to turn the page and to look ahead.

“As we often said, we should leave the drivers free to battle, so we may not be happy of the decision, we are not supporting the decision but somehow we understand the fact that we need to move forward, and overall I think that’s good for the sport and good for F1.”

With this in mind, Binotto confirmed that Ferrari had the right to appeal, but unlike after the Vettel saga in Canada, they chose not to use it.

He added: “There is. We can appeal. We may somehow have intention of appeal tonight, and [lodge an] appeal later on.

“But it’s our decision not to do it, as I said, because we believe it’s good for the sport.”