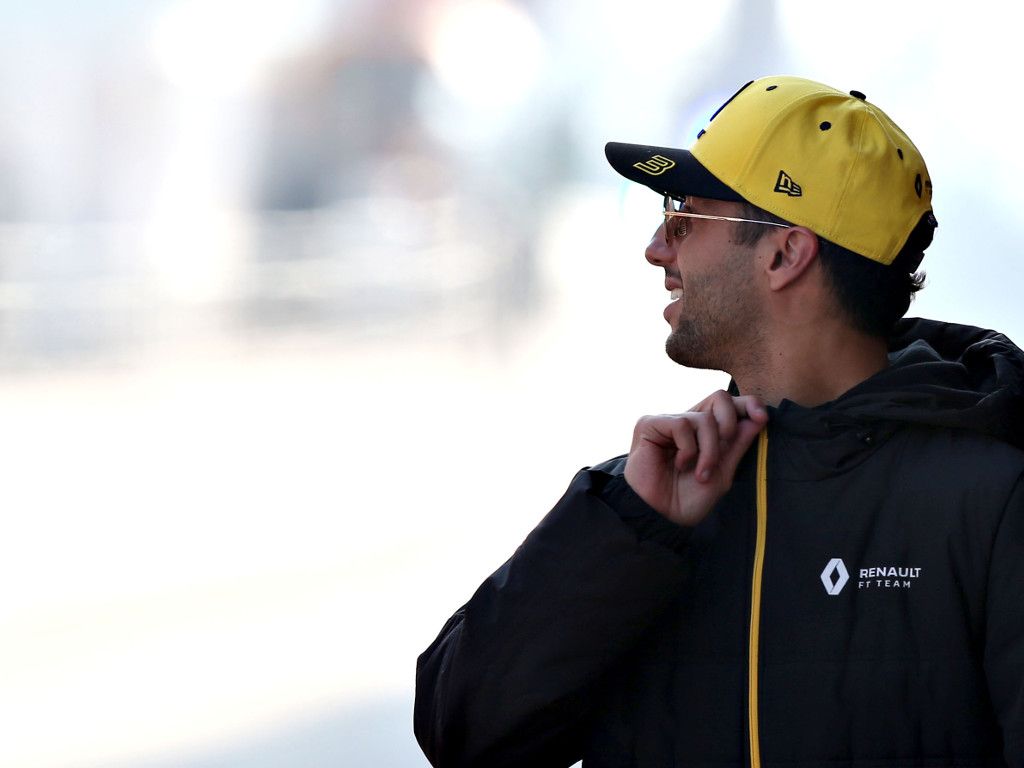 There is “no hard evidence” that Renault are the leading midfield team; that’s according to new signing Daniel Ricciardo.

Last season Renault finished fourth in the Constructors’ Championship, taking the ‘best of the rest’ title by 29 points ahead of Haas.

It was a solid result for the Enstone team who are looking to mix it up with Formula 1’s three leading teams this season.

However, so far in testing there hasn’t been indication that Renault have closed the gap.

In fact it looks more as if those behind Renault last season have closed in on them.

Asked if he believes Renault could pull away from the midfield this season, Ricciardo, who joined the team from Red Bull in the off-season, says so far there is no sign of that happening.

“It is guessing,” he told Motorsport.com. “I would like to think that we are at the front of it, but there is no hard evidence that we are.

“Our objective first and foremost is to be fourth or better in the team, but it is really trying to hone in on the gap to the top three.

“As you know, it is big so it is not going to happen overnight.

“I know last year, speaking to Nico [Hulkenberg] and understanding how the team was last year, and that the rate of development wasn’t always as fast as they would have liked, that is another thing this year.

“Just to understand what the car needs but also then to see it start to happen and happen a bit quicker.

“The team is building infrastructure, so it is expanding. They are addressing these things but that will also dictate perhaps how much we can pull away or catch the others.”

But with McLaren’s Carlos Sainz laying down a blistering 1:17.1 on Wednesday morning, Ricciardo says maybe even the top three aren’t safe.

“It definitely looks like it is close in that midfield group. I would assume now that the top three teams still have a bit of a margin on the others, but I don’t know.

“But again because we are not all out at the same time with the same fuel loads, if someone does a time at 10am then by 11am it can be completely different.

“Realistically we are not going to know until qualifying in Melbourne when everyone has the same fuel, same tyres, same track conditions.

“But I would at the moment say that that midfield group looks close. Everyone is able to do a low 1m17s, which is good for you guys I guess. I want to get away from that.”

Ricciardo finished Wednesday’s running at the Circuit de Catalunya slowest of all, five seconds down on Sainz.