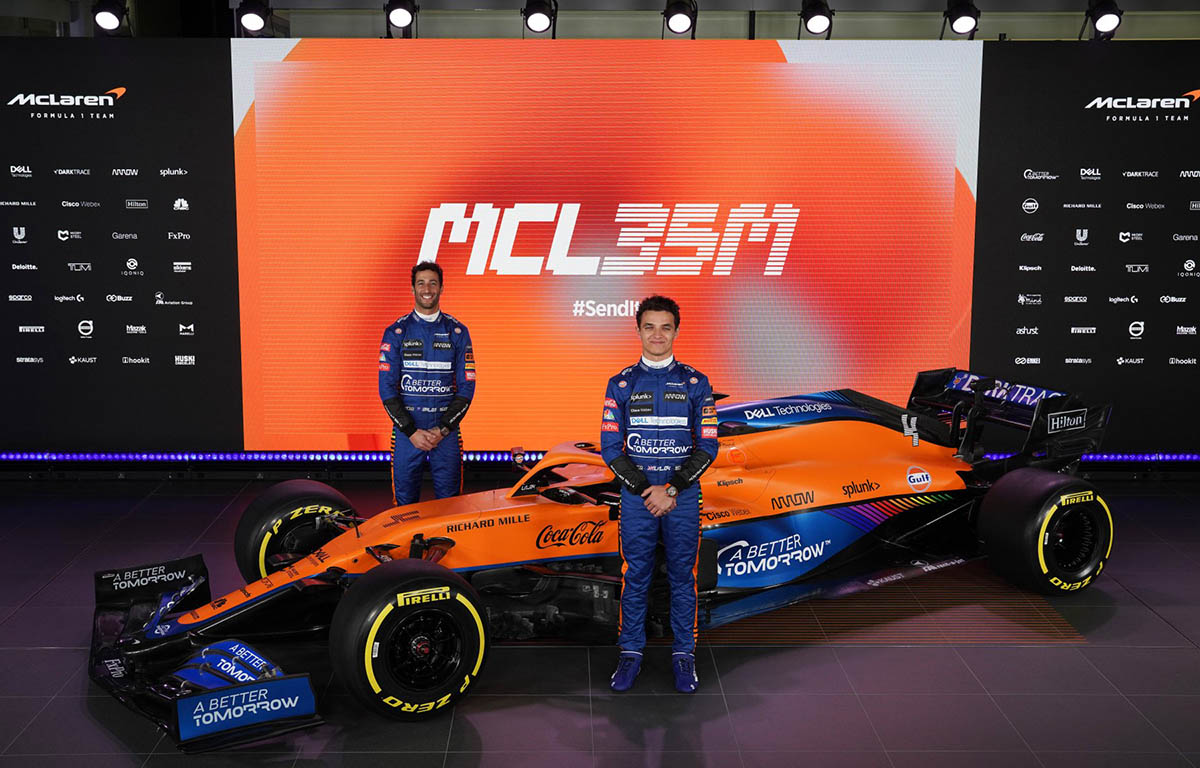 McLaren say they are keeping the “focus on ourselves” and no Mercedes branding will appear on their new car or team kit for the 2021 season.

The Silver Arrows are back supplying engines to McLaren for the first since 2014 but their famous logo was a notable absence as the Woking outfit became the first team to launch their car – the MCL35M – ahead of the new campaign.

While it is not completely uncommon for Mercedes‘ customer teams to not display the logos/branding of their engine suppliers, there is evidence of it with the logo appearing on Williams’ team wear during the 2020 season.

But, despite the revival of the partnership between Mercedes and McLaren, there will no such branding on the latter’s 2021 challenger.

“We are definitely convinced that we are in a position, once we are there as a team, that the Mercedes power unit can help us to win races again in the future,” McLaren team principal, Andreas Seidl, said as quoted by Motorsport.com.

“But, I think it’s important to make sure we focus on ourselves. We still have a long way to go on our side and on the team side, but we are happy with the progress we could make the last two years.

“At the same time, you know, there’s still a lot of things we need to get in place first on the infrastructure side and on the team side, before we actually battle for race wins again.”

It is also fair to say that Seidl is extremely looking forward to what McLaren can achieve with Lando Norris and Daniel Ricciardo as their new driver partnership.

“All of us at McLaren are ready and determined for another season of intensely competitive Formula 1 racing,” he continued via the official McLaren website.

“The entire team has worked hard over the short winter, together with our colleagues from Mercedes-AMG, to produce the MCL35M and provide a strong car for our drivers to race this year.

“This has been no small challenge, and I want to thank every member of our team, whether at the MTC or working remotely, for the massive effort they’ve put in. Lando and Daniel will, I know, do their very best to represent the team out on track.

“We’re all extremely pleased by how Lando has developed from test and development driver in 2017, to Britain’s youngest podium finisher in 2020.

“His passion and experience for the sport are growing hand-in-hand, and he’s now one of the fastest and most exciting racing drivers on the grid.

“Daniel represents our next step as a team and his decision to join McLaren is a validation of the progress we’re making. As a proven race-winner and formidable competitor, Daniel brings energy and experience to push McLaren forward on our mission to the front of the field.

“Together, Lando and Daniel comprise one of the most competitive driver line-ups in the sport.

“With these two behind the wheel of the MCL35M, we know we’ll have a team that gives total commitment in the pursuit of on-track performance as we head into the 2021 season.”