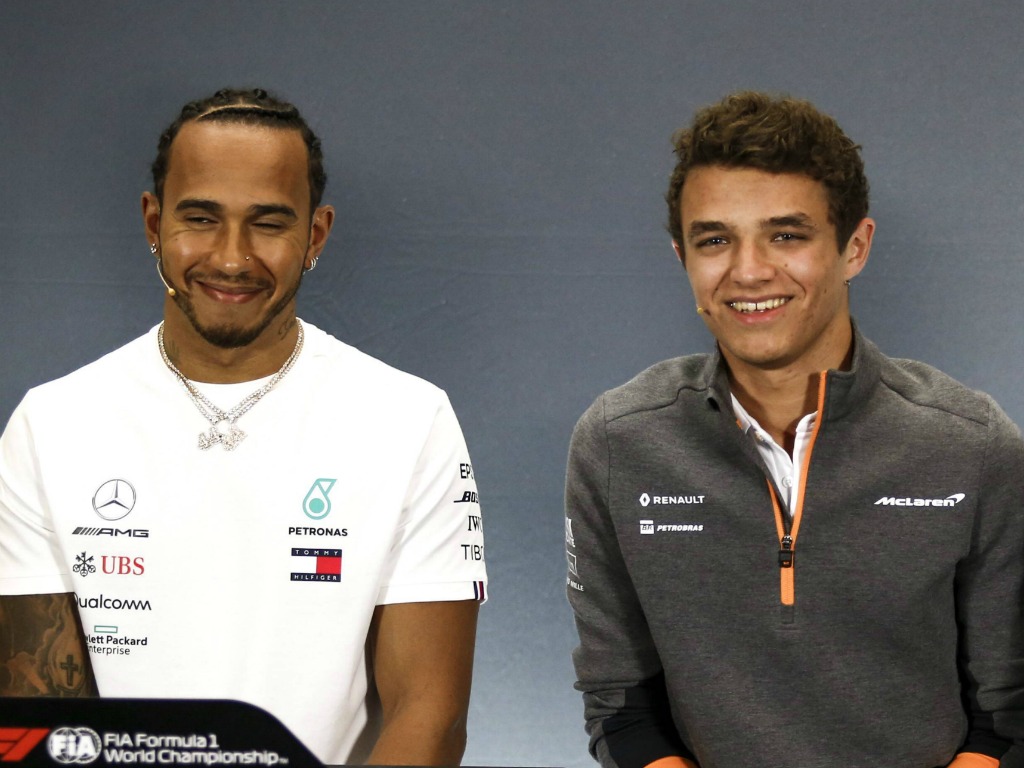 Lando Norris is hoping Lewis Hamilton is going to “stick around” for a few more years so he can fight against him.

Norris has settled seamlessly into life as a Formula 1 driver after stepping up from Formula 2 level, amassing 22 points and helping McLaren up to P4 in the Constructors’ Championship.

But, Norris is already looking at the bigger picture and is eager to prove himself against the current five-time World Champion.

“That’s something I would like, to be able to fight against Lewis,” Norris told Sky Sports News.

“A five-time world champion, possibly six this year. But it’s a good two years before we’re having a chance to fight them.

“I’m sure he’s probably going to stick around especially when he’s got chances of winning championships and making history.

“It’s something I would look forward to, being able to race him.”

Hamilton, meanwhile, has welcomed the prospect of battling against Britain’s young rising stars.

“To be so young in such an early phase, he’s coming in and keeping a level head and delivering on weekends, also up against a driver who’s got more experience than him.”

“I’m personally excited to continue to watch these two [Norris and Russell] grow. I do hope that we get to do some racing together.”