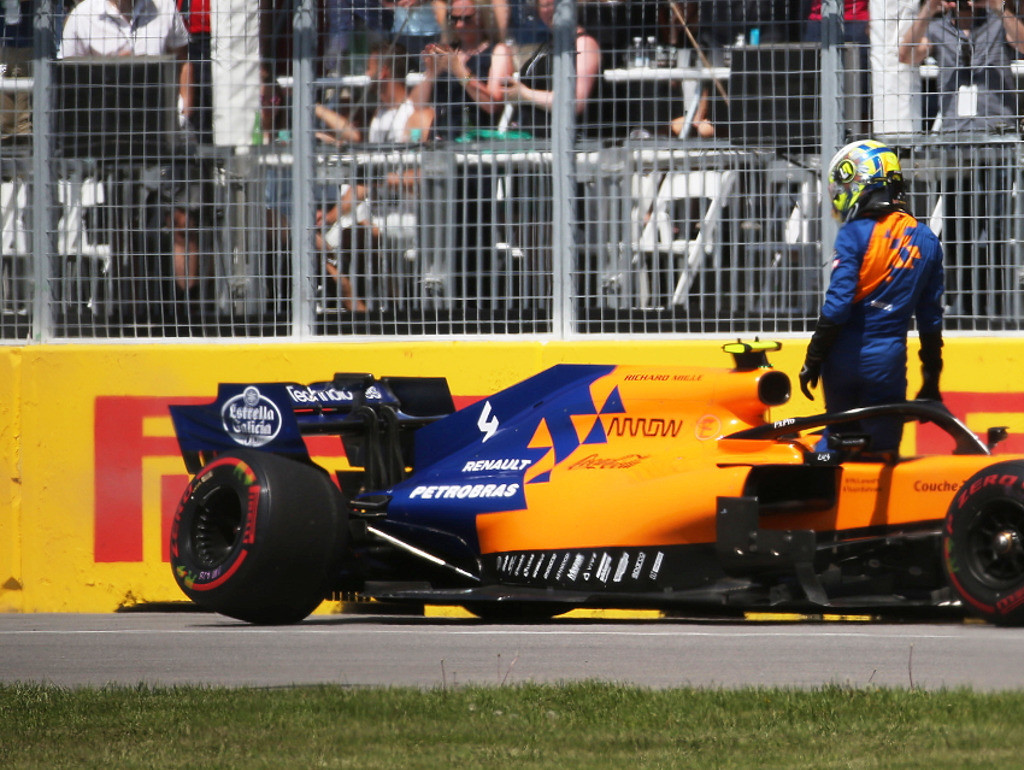 Racing inside the top ten in Canada, Lando Norris was forced to park his McLaren with what appeared to be a broken suspension and flames licking at his brakes.

The McLaren rookie started the 70-lap Canadian Grand Prix eighth on the grid and engaged in a brief tussle with the Red Bull of Max Verstappen.

Verstappen overtook Norris only for the Brit to fight back before Verstappen eventually made it stick.

A short while later, Norris’ race was over.

Initially it appeared as if the 19-year-old had hit a wall as his pulled into the pit lane exit with his McLaren’s right rear suspension broken and flames licking at the brakes.

Norris, though, had not hit the wall.

“I had a problem with overheating at the back of the car which led to my retirement,” he said.

“I have no clue what happened and until the team have looked at it in detail we don’t know for sure.

“I didn’t hit a wall or anything, so I’ve no idea.

“It’s annoying because until then it had been a fun race, battling with Max in the opening laps.

“There was good potential to maybe get some points so it’s especially frustrating.

“But these things happen, so it’s a case of now looking ahead to Paul Ricard.”