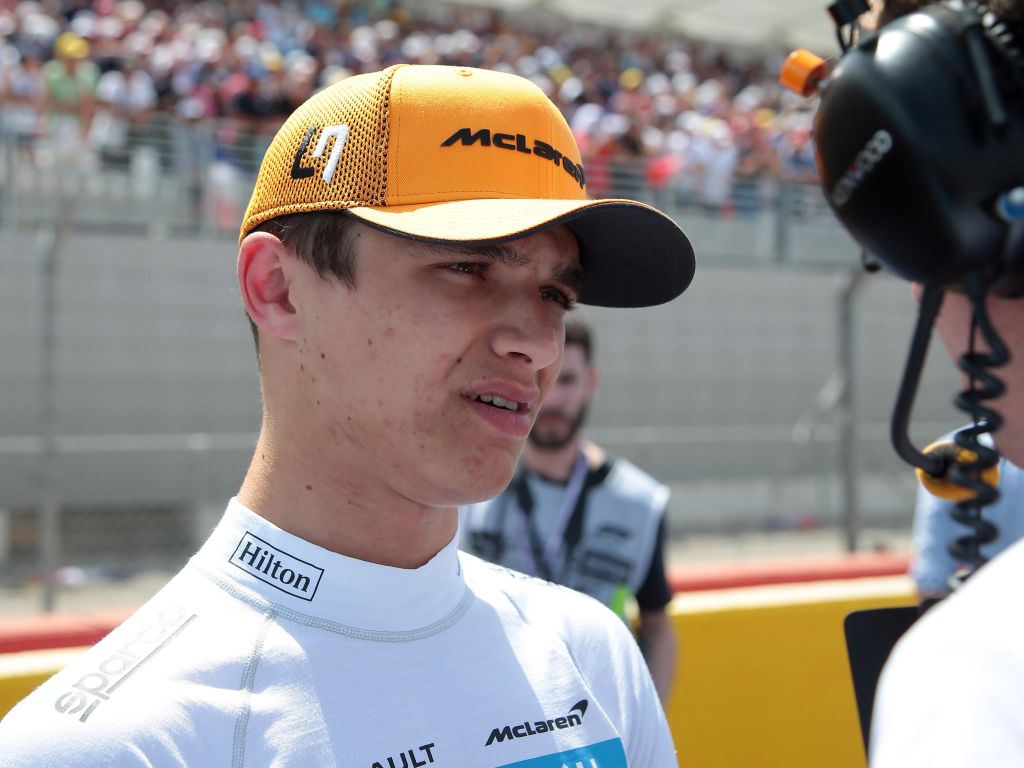 Lando Norris was frustrated to not get the result he felt he deserved after suffering hydraulic issues during the French Grand Prix.

The Brit shared the third row with team-mate Carlos Sainz after a fantastic showing in qualifying from McLaren, and in an rather uneventful race it seemed both drivers were on their way to completing a solid double-points haul.

However, Norris was forced to battle hydraulic issues in the closing stages and dropped to P10 after Daniel Ricciardo, Kimi Raikkonen and Nico Hulkenberg passed him on the last lap, though Ricciardo was given two five-second penalties for his efforts, promoting Norris back to P9.

A small consolation for the 19-year-old came after he was voted Driver of the Day.

“It wasn’t the most exciting race, pretty much the whole thing for me,” Norris told reporters in France.

“The exciting bit was obviously towards the end when I had to start defending and battling.

“But the whole of the start, middle and towards the end was just managing the tyres and making sure we stayed in position because there was nothing worth risking between Carlos [Sainz] and myself and destroying the tyres for no reason.

“We did what we needed to do and for Carlos it worked out great, but something got to my car in the end which didn’t allow me to get to where we deserved to finish this weekend. I’m a bit frustrated.”

Asked if he had any more details on the issues he encountered, Norris said: “Hydraulics, but I don’t know what happened.”

McLaren team principal Andreas Seidl was very happy with the performance over the race weekend, and bemoaned a late Virtual Safety Car which allowed Ricciardo and co to close up on the rookie.

“I’m very happy, we could see during the race that the race was there. Of course, it’s a shame to lose this position with Lando at the end.” he told Sky F1.

“But it was a great job from him, he had some hydraulic issues in the second half of the race which affected braking, gear shifts, everything. But I’m really happy.

“We knew that it would be tight at the end of the race and the virtual safety car didn’t help because then Ricciardo had the chance to close. But again, very happy for the team back home from a track where we could carry the performance through all weekend.”

Despite the impressive step forward which McLaren seem to have taken at the Circuit Paul Ricard, Seidl thinks it’s too early to start getting carried away.

“I think it’s still too early, we have seen at races that some cars are faster than others it’s different depending on the track,” he said. “We’ll see how we go next week [in Austria].

“The important thing is to keep developing the car and see the results on the track. We need to understand the car better but the two drivers are doing great jobs.”