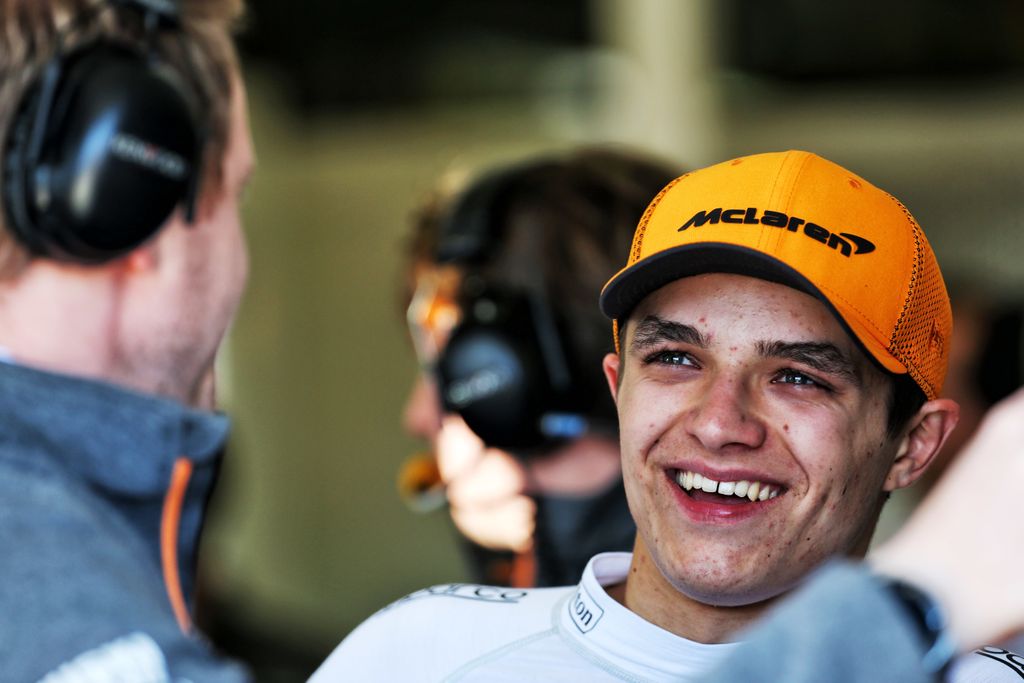 Lando Norris was arguably the star of qualifying at the Australian Grand Prix, taking his McLaren car to P8 on the grid.

The rookie had a quiet start to life as a Formula 1 driver in practice, but rose to the occasion in qualifying by reaching Q3 on his first attempt.

He pipped Kimi Raikkonen’s Alfa Romeo into P8 and said there will be plenty more where that came from over the course of the season.

“I enjoyed it to a point,” Norris told Sky Sports F1.

“I was so nervous that it almost ruined the enjoyment. Enjoyment comes once I know I can complete a fast lap – that’s what makes me happy, to see it all work and see a good qualifying session.

Q3 comes to an end with @LandoNorris finishing in P8. Solid work from our rookie on his debut F1 weekend. #AusGP 🏁🤝 pic.twitter.com/J1KdV4OaaQ

“We had three runs and used three sets of softs our aim was just to try and get it to Q2 but we pushed and got it to Q3.

“It’s massive to see that it is possible to do it and in some ways we’ve moved forward form last year – not that much but I feel I’ve maximized it as much as possible and we still need to do a lot of work to maintain these Q3’s, today isn’t a one off.”

Team-mate Carlos Sainz, meanwhile, is bogged down in P18 after being held up by Robert Kubica in his punctured Williams car during Q1.