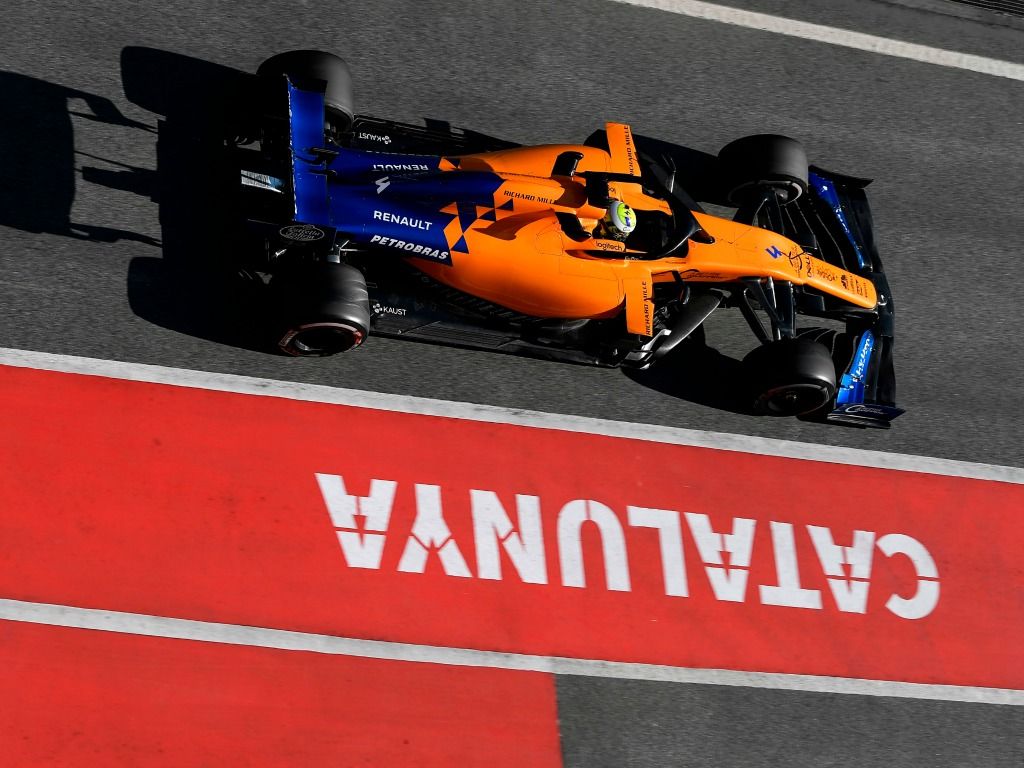 The second pre-season test has begun with McLaren setting the early pace, while Ferrari and Mercedes have both hit stumbling blocks.

Antonio Giovinazzi knocked Pierre Gasly off top spot in the morning session, but it was McLaren’s young British hope, Lando Norris, who finished an eventful day top of the pile following a late surge in the afternoon.

Norris posted a 1:17.709 on what Pirelli confirmed as the C4 compound, pipping Gasly once again by a mere 0.006 seconds.

That is the fourth quickest time we have seen of the entire testing period so far, whilst rounding off the top three was Lance Stroll in the Racing Point car which is finally showing signs of life.

But, with lap times still to be taken with a pinch of salt, the most predominant talking point is the Ferrari and Mercedes cars have both spent a large portion of the day stuck in the garage.

The issues began to creep in early as Charles Leclerc’s morning run was restricted to just 29 laps because of extensive checks to the SF90’s cooling system.

We have done all our checks on the cooling system and we will be back on track very soon. #SF90 #essereFerrari #F1Testing pic.twitter.com/jdaDzcGLjI

However, it did appear to be business as usual in the afternoon for the Scuderia with  Sebastian Vettel racking up 78 laps before finishing P4 on the timesheet.

Mercedes, meanwhile, came armed to the second test with a new-look W10 sporting what is rumoured to be a Melbourne-spec upgrade package.

The car featured a new front wing and nose, revised bargeboards, chassis fins and T-wing, as well as a new floor and more compact sidepods.

The data collection began well enough as Lewis Hamilton was able to post up 83 laps, but the roles with Ferrari reversed as the W10 then came to a grinding halt on Valtteri Bottas’ first lap of the afternoon session.

Mercedes later confirmed the stoppage was because of an oil pressure problem and the power unit was changed as a result.

UPDATE: @ValtteriBottas stopped on track with an oil pressure problem.

After initial investigation, we have decided to swap the PU in order to continue today's programme and also to pursue our analysis of the problem. #F1Testing pic.twitter.com/9toEMP9HfT

Any PU change made in pre-season has no ramifications for the campaign ahead.

But it did mean that both the big two lost out on some valuable track time for the first time in this pre-season testing period.

Back at the top of the timesheet, a certain Fernando Alonso was an interested spectator in the paddock and he saw Norris stick the MCL34 into P1 late into the day.

But the session would end on a sour note for the teenager as he forced a red flag by stopping on track.

It was the second incident of the day for Norris, who became beached at Turn 3 in the morning session because of a loss of hydraulic pressure.

There were no such issues for the likes of Haas and Renault – victims of various stoppages in the first test – as they both comfortably surpassed the 100-lap mark at the Circuit de Catalunya.

The same important milestone was reached by the lowly Williams team, who completed just 88 laps in the first test.

George Russell added 115 laps to their total on this day alone.

The second day of the second pre-season test will begin at 0900 local time on Wednesday.