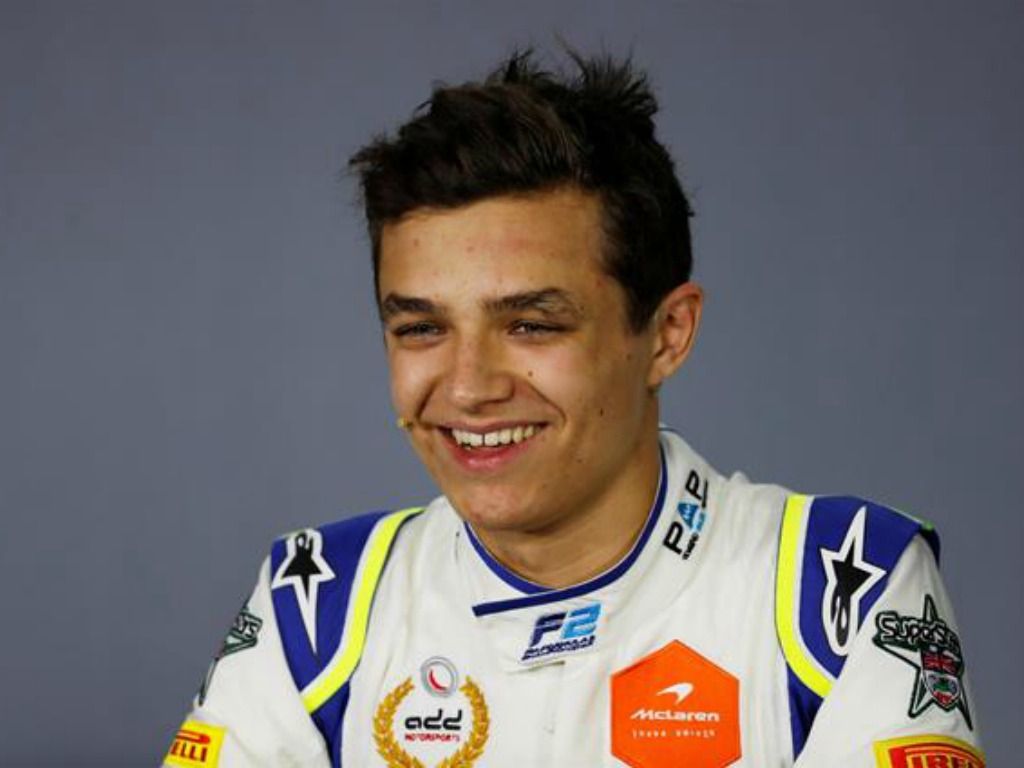 Despite performing well in F2 and attracting seem attention, Lando Norris has said that the “perfect situation” would be to stay at McLaren.

The Brit is one of four drivers in the frame for the two race seats at the team.

Fernando Alonso and Stoffel Vandoorne drive for the team currently, while team boss Zak Brown has said that Carlos Sainz is “high up” on their list of drivers.

However, with the two-time World Champion not sure of what he is doing in 2019, it puts everyone else in waiting, including Norris.

“It’s very difficult to say, especially being in the situation we are right now with no-one really knowing what Fernando wants to do next year.”

Alonso has the two main options of either staying in F1 with McLaren or moving over to IndyCar with a new McLaren partnership team.

The Spaniard could also retire, or just focus on his World Endurance Championship with Toyota, in which he won the Le Mans 24H this year.

Norris, though, has said that he would prefer to stay with McLaren.

“Obviously it’d be very nice to be in Formula One, but at the same time staying with McLaren, maybe it’s better to be saying: ‘I want to be doing these FP1s, have more opportunities to drive in Formula One’,” Norris said.

“If there is confirmation that I might be offered a seat in 2020, maybe that’s a better opportunity and a situation to be in.

“Until everyone starts making decisions, I don’t really know what to say.”

The Brit had been linked with a move to Toro Rosso earlier this year, and that seat could still be available should Pierre Gasly move to the senior team for 2019.

“Of course I could see it [moving to F1], I would like to see it, that I could just be in Formula 1. But I don’t think that’s still the way to go,” he continued.

“I think ideally I’d be with McLaren next year, that’s the perfect situation, but it’s not up for me to decide, it’s up to the bosses and Fernando and whoever makes all the decisions.

“I just have to focus on Formula 2, doing the best job I can in that, hopefully winning as that’s the best thing I can do, having good days like today and yesterday just to try and persuade it more my way, but until then I just have to keep my head down.”