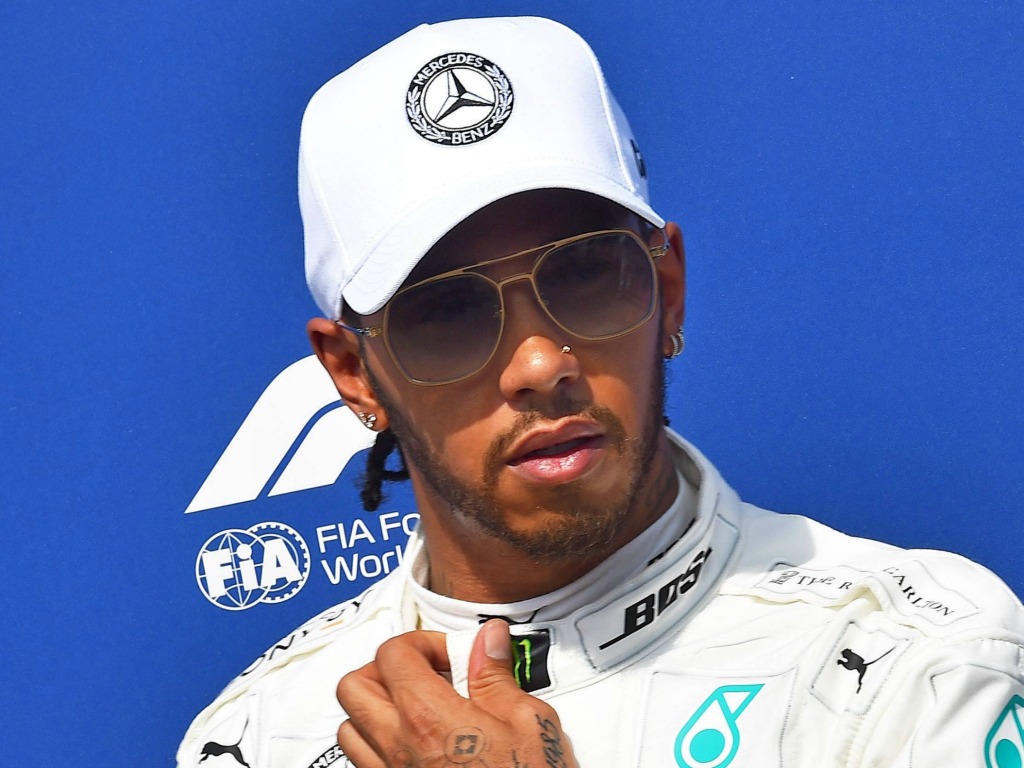 Ocon, patiently waiting on the sidelines as Mercedes’ reserve and development driver, was almost drafted into action sooner than he was expecting as Hamilton was feeling under the weather in Hockenheim.

“I wasn’t feeling good this morning, bit of a sore throat,” Hamilton said when asked by Motorsport.com about his condition.

“So we prepped just in case I wasn’t going to be able to do the session. I did the practice and we were prepared to be able to put the second driver in, that was the worst case scenario. We got through, good.”

The day continued to work out for Mercedes and Hamilton as both Ferrari cars dropped out of qualifying with reliability issues, making Hamilton’s task of sticking his car on pole a much easier process.

“The team did a great job in terms of timing and getting us out at the right times,” Hamilton added.

“As you saw both Ferraris dropped out. That made it a bit different in terms of the battle that we had at the end.

“Nevertheless I think I had pretty good pace, I think maybe it would have been close between me and Leclerc, who knows? They’ve been pretty quick all weekend.

“But I was really, really happy with the laps I’d done, particularly Q2 onwards.

“The team have worked so hard, and it’s really great for Mercedes with the 125 years celebration this weekend, so couldn’t have been a better way to start the weekend.”

Get in there, Lewis! 👊 It’s pole for @LewisHamilton on @MercedesBenz home soil! ⭐️#GermanGP #Motorsport125 pic.twitter.com/0E15lOXUak

With both Ferrari cars seemingly out of contention for the race win on Sunday, Hamilton is wary of the weather perhaps hampering his chances of success.

He said: “I think it’s the weather, it can be a threat. There was talk of rain even today, and tomorrow potentially more so.

“I’ve not looked at the long runs so I don’t know how strong they are on the long runs. But it’s not the easiest of tracks to overtake.

“Depending on the temperature, if it’s like yesterday, it makes quite a difficult race, and probably more stops.

“If it’s like today, and temperatures were getting hotter towards the end, it’s still going to be a real challenge.

“I think the real challenge is making sure we do all our due diligence and make sure we operate at the level we’ve been operating at today.”

Hamilton’s Mercedes team-mate Valtteri Bottas was forced to settle for P3 behind the Red Bull of Max Verstappen – he blamed braking instability for his lack of pace.

“I felt fairly okay in FP3, there were no worries, so qualifying should be quite interesting, but all through qualifying I struggled with the brakes locking,” Bottas confirmed.

“In Turns 2, 6 and 8, all the big braking locking up many times and going straight [on].

“The confidence in the braking, the bite of the brakes was varying from one lap to the other, so it was difficult.

“I felt there were 0.2s or 0.3s I could have improved in Q3, by getting everything spot on, but no more than that. It was not the easiest of qualifying.”

All eyes for Bottas are now on Sunday’s race and the weather, believing rain would make the race a “mess” and his grid position meaningless.

“We were hoping for a better result but it’s not a disaster and it’s a long day tomorrow,” said the Finn.

“If it rains then it doesn’t matter where you start from, it’s going to be a mess, so it should be good.”