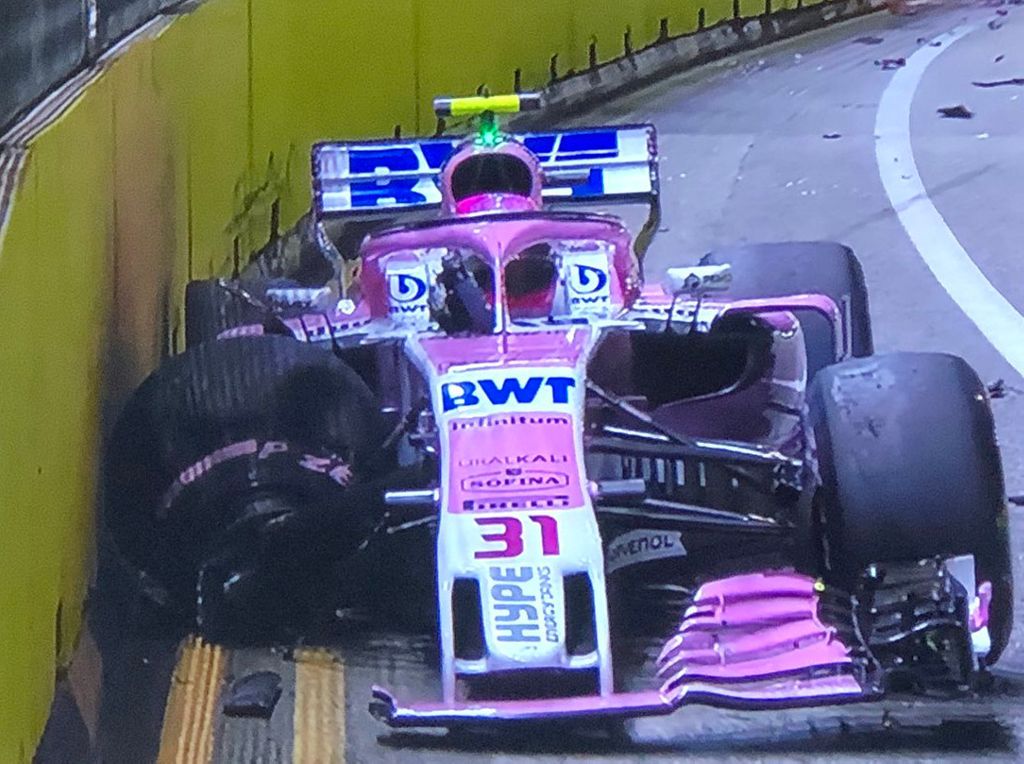 Esteban Ocon refused to pass judgement on his team-mate Sergio Perez after the latter squeezed him into the wall and out of the Singapore GP on Sunday night.

Having qualified both cars inside the top ten, Force India were on course for a solid showing at the Marina Bay circuit.

That failed to materialise.

Battling for position on the opening lap, Ocon tried to go pass Perez down the inside only to be squeezed into the wall.

He said: “I’m not going to analyse what happened.

“I had a great start, great opportunity, went around Checo and the next thing I felt was a hit.

“We had great pace, was supposed to be a great weekend but now I’m talking to you and we’re going to come out of this weekend with no points.”

Asked whether passing Perez on the outside was a wise move, Ocon replied: “I’m not going to comment.”

Perez escaped without penalty only to be handed a drive-through later in the race when he whacked Sergey Sirotkin.

Asked whether Singapore was a race that left drivers hot under the collar, Ocon said: “It shouldn’t, no.”