Home News Ocon: Perez has apologised to me 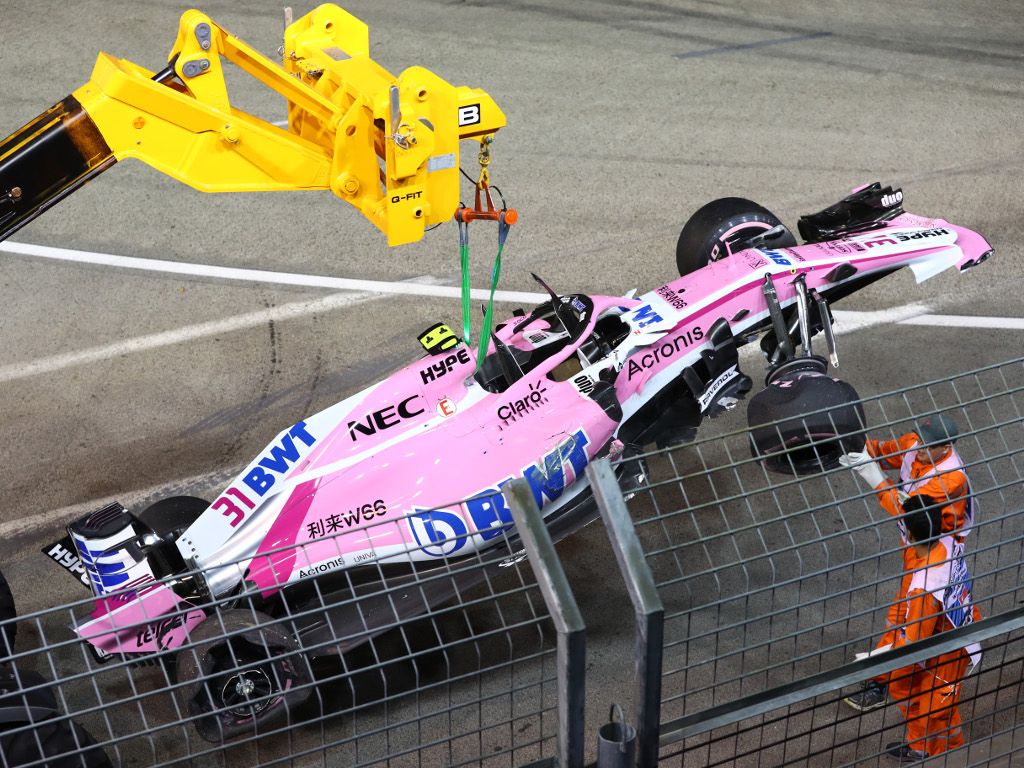 Esteban Ocon says Sergio Perez held up his hand for their first lap crash in Singapore, apologising after the race.

Ocon’s Sunday night in Singapore was short-lived as he crashed at the start, squeezed into the wall by his team-mate.

The Frenchman tried to make up positions by going down the outside of Perez, however, the latter didn’t see him and took him out.

“He apologised to me, in the room he said he apologised,” Ocon told Motorsport.com. “But it’s not because of that that everything’s gone.

“The only thing I look at at the moment is that we come home with no points on a weekend where we should have been both in the points, getting strong results.

“We had the pace for it. And yeah, it’s a terrible situation to be where we are now. That’s all I can say, there’s nothing else to comment about.”

Force India were not impressed and immediately after the grand prix announced that their drivers are banned from racing one another.

This isn’t the first time they’ve collided with a similar ban on racing handed down last season after they clashed at Spa.

Ocon, though, insists Sunday’s incident was a different set of circumstances to last year’s tension.

“No, it’s not the same situation as last year,” he said, “we’ve turned the page from there. And that’s it really.”