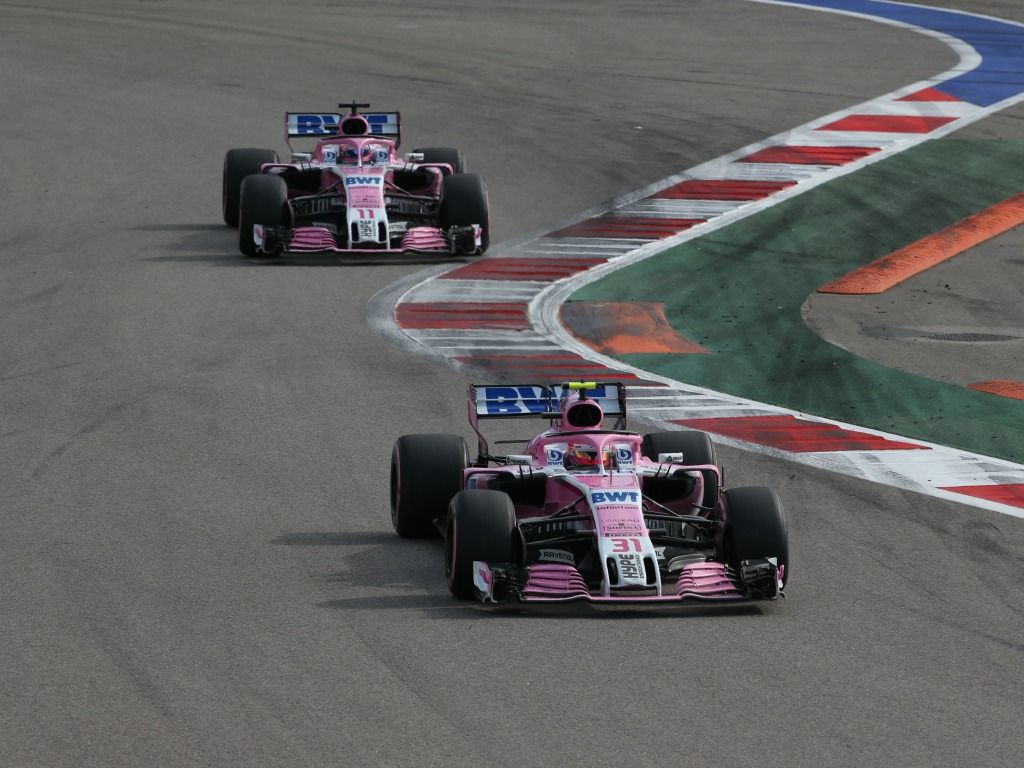 Esteban Ocon wants his Force India team to look at the tactics they used during the Russian Grand Prix in swapping the cars.

The team let Sergio Perez past Esteban Ocon in an attempt to get past Kevin Magnussen, but after the Mexican failed to do so, he let Ocon back past.

Force India got a double points finish, with the pair eventually ending up in P9 and P10, but Ocon was not that pleased with the finishing positions.

After what happened in Singapore, team orders had already been enforced before the weekend, but Perez asked if the pair could swap.

Once he did, the Mexican could not get close to Kevin Magnussen’s Haas, before he let Ocon back past him.

The Frenchman believes that the team needs to take a look at the tactics as it did not work for them on Sunday afternoon.

“We tried to swap to see if someone could get the car in front, but we probably have to review this because I don’t think it worked that time,” the Frenchman continued.

“We have to review [the tactics], but I think it would have been very tough for both of us.”

“I understand the team’s point, and to be able to try, but it didn’t work out, so let’s see what we can do better.

“When Sergio was behind he wasn’t close to me, and when I was behind it was the opposite, I couldn’t get close as well. The race was fixed from there.”

The Mexican agreed with his team-mate, but also accepted that there was not much more that they could have done in Sochi.

“It was a day where we had to follow each other,” Perez said.

“The team tried to maximise the day, they gave me the chance to push onto Magnussen, because at the time we thought that I was a bit quicker, which didn’t happen.

“Fair enough, Esteban got the position, it was just what we could do today.”