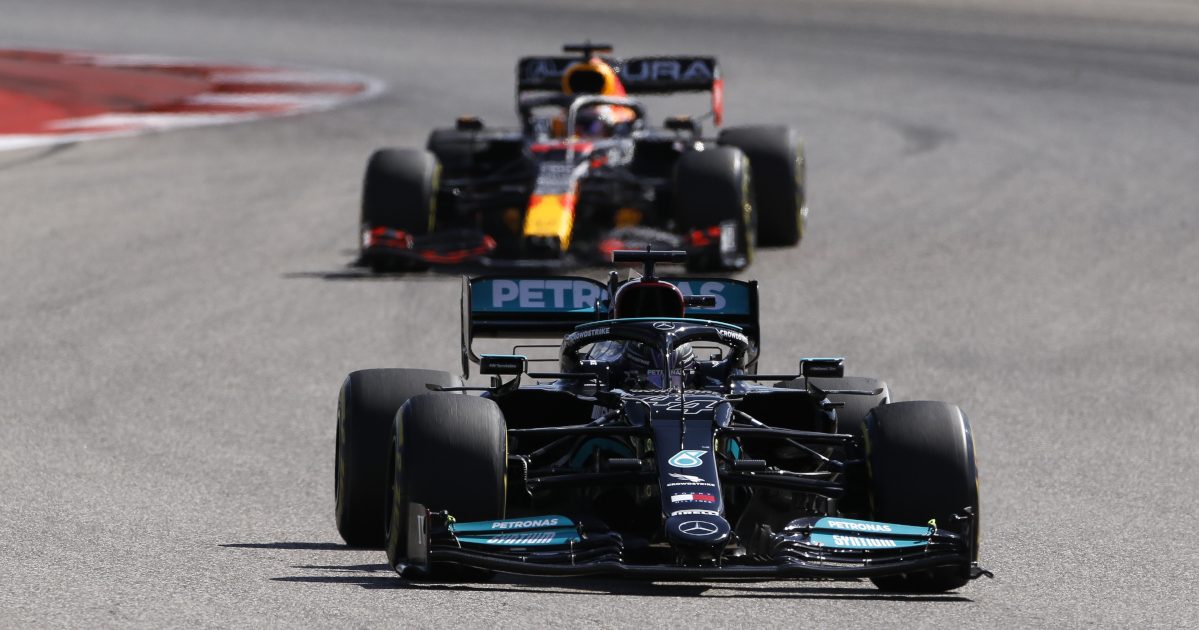 Mercedes were widely expected to be the strongest team at the Circuit of The Americas as they have been in the past, and that looked to be the case when they dominated Friday practice.

However, Red Bull were more than a match at the business end of the weekend with Verstappen taking pole position and winning the race, narrowly beating Lewis Hamilton.

Mol feels that, by showing such strong pace at the start of the weekend, Mercedes woke Red Bull up and inadvertently caused Verstappen to have a better car when it mattered.

“It was a big one,” he told the In The Fast Lane podcast.

“I’m not so sure it was really unexpected, because they thought on the Friday ‘oops nine-tenths of a second, what’s going on around here?’

“And in a way by doing what Mercedes did, which we now know is they had their engines turned up a bit, they woke Red Bull up, and they [Red Bull] responded in the best possible way overnight with Buemi doing his job in the simulator and the other guys in Milton Keynes doing the work.

“So in a way, they gave Max a better car, and if Mercedes would have been slower on the Friday, they might have kept them at bay.”

It all comes down to this….👀

Who will be our 2021 Drivers' World Champion? #F1 #HistoryAwaits pic.twitter.com/pkdRJ6U2Tq

The win gave Verstappen a 12-point lead in the standings over the seven-time World Champion with just five rounds left of the season.

Despite such a lead though, many, including former Ferrari engineer Rob Smedley, still think the Mercedes driver will ultimately prevail due to the fact that he has prior experience of title fights going down to the wire, while the Dutchman doesn’t.

Mol doesn’t think his compatriot is thinking or worrying too much about the bigger picture but admits he’s unsure how he’ll handle things if or when the championship is within reach.

“I honestly think he takes it race by race,” he added.

“I’m not sure, I haven’t got a clue what’s going to happen once we are in a race situation – maybe a weekend where you say ‘Ah you need just one point and then you have it’ – how that’s going to change things… I’m not sure how he’s going to cope with that.