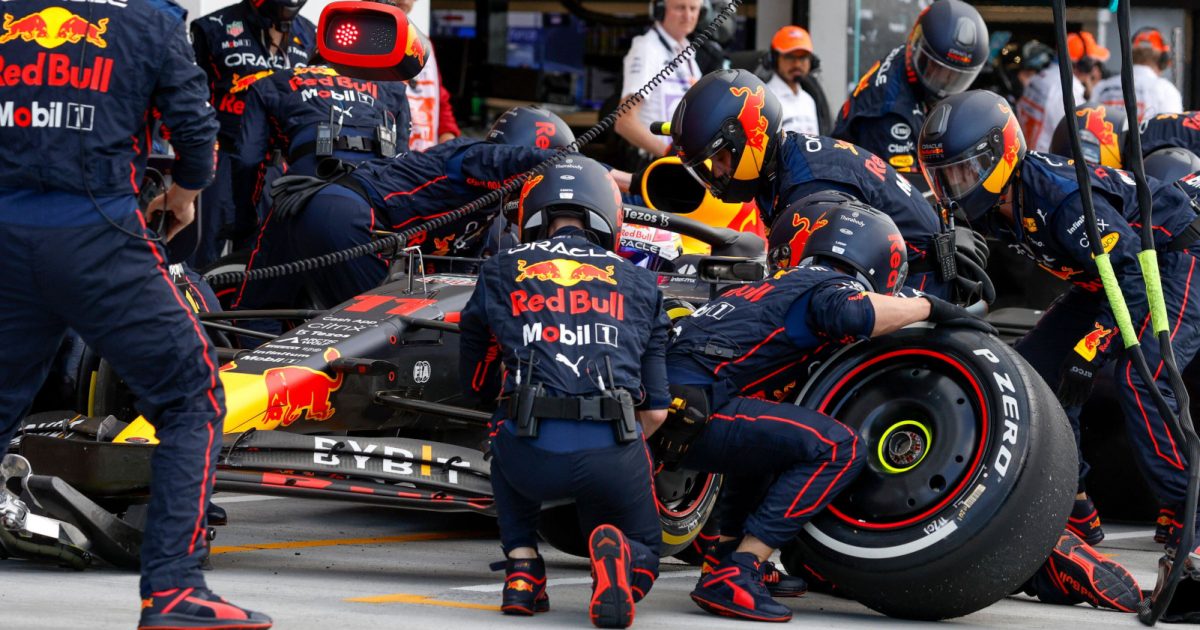 Former F1 mechanic Kenny Handkammer, one of the men involved in breaking the two-second pit-stop barrier with Red Bull in 2012, says it all comes down to practice and robust procedures.

But not too much practice, mind you, as that is a “ballache” for the mechanics.

Red Bull broke the two-second barrier in 2012 with a 1.92-second pit-stop for Mark Webber at the United States Grand Prix.

They held the record alone through to 2016 when Williams matched it, before Red Bull surged ahead in 2019 with a 1.82s for Max Verstappen at the Brazilian Grand Prix.

That is the record that stands today and will likely not be beaten in the coming years given F1’s new pit-stop regulations that came into effect last season, designed specifically to slow down the stops.

Handkammer, who worked for Benetton before heading to Red Bull, explained that initial sub-two second stop.

“Everyone knew exactly what to do and I think just concentrated on their core jobs they need to do. It’s just practice with the way the car stopped, the way we needed to release the car etc.

“Sometimes if you give the guys a goal while practising, like ‘hey guys, if you can do three stops at 2.2 we are done, we won’t do 50 pit stops’. They would be tired and bored and thinking ‘when the hell will this finish because I should actually be building my car and it’s taking time out of my day’.

“So mechanics always found it to be a bit of a ballache, pit-stop practice, but in the end they got really psyched up to go out and just hit it and get it done and go back to work.”

This year’s fastest pit-stop is only 2.27s, Sergio Perez’s stop at the Australian Grand Prix.

The slower stops are the result of F1’s new regulations, implemented last season, which state teams cannot change certain parts faster than 0.15s, while there is also a minimum time for releasing the wheel guns from the wheels.

The new rule was introduced after Mercedes raised safety concerns, Red Bull vexed as the Brackley squad tried to eradicate one of their advantages.

“We lose up to four tenths. Seven years of work and training have gone into the consistency and speed of our pit-stops.”