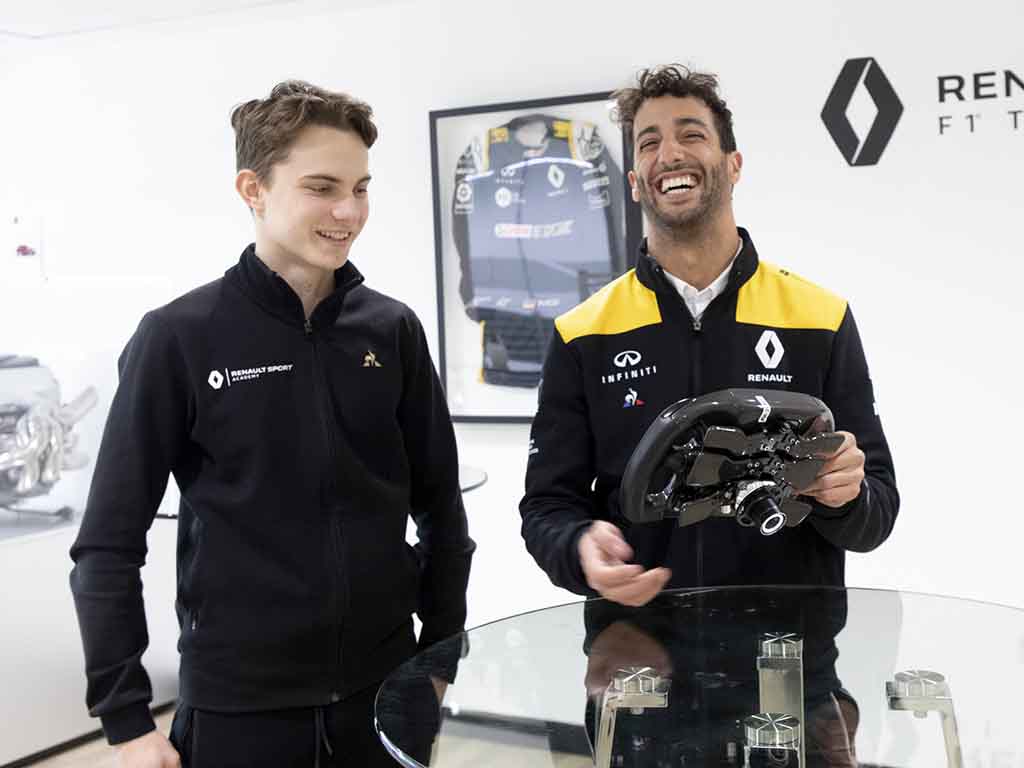 Formula 3 World Champion, Oscar Piastri, will get his first taste of Formula 1 machinery in a private test to be held in Bahrain.

Piastri is one of three Renault junior drivers who will get behind the wheel of the RS18 at the Bahrain International Circuit in a four-day test which will run from October 29 to November 1.

The Aussie will be Renault’s day two driver, taking over from Formula 2 driver Christian Lundgaard who will kick-off the first day.

The final two days will be piloted by another Formula 2 driver in Guanyu Zhou.

“It’s safe to say I am very excited to be driving the R.S.18 next week in Bahrain,” Piastri said.

“Obviously, it will be my first test in a Formula 1 car, so it will definitely be a moment to cherish and remember for a very long time. It’s not every day that you get the opportunity to drive an F1 car, so I am very grateful to the team for the opportunity.

“There will be lots to learn on the day, such as getting used to the power, downforce and braking of the car and it will all be a challenge, but I love tackling new ones.

“I drove the Bahrain circuit earlier this year when we did the FIA Formula 3 pre-season test, but I’ve obviously never lapped the circuit in an F1 car, so I can’t wait to get out on track.”

While Lundgaard does have experience of driving a Formula 1 car for Renault, the Bahrain track will be a new venue for him.

“I am very excited to be testing the R.S.18 next weekend,” Lundgaard added.

“I’ve done two test days before in a Formula 1 car, so we’ll be looking to build on where I left off.

“I’ve never actually raced in Bahrain, so doing the test will be valuable for me especially since I’m driving there for the final two rounds of championship.

“We’ll be looking to use the test to prepare for the race and also for me to learn more about the car. There is nothing better than learning a track in an F1 car, so that’s going to be pretty exciting.”

Zhou, who has driven the RS18 before, is looking forward to taking to the track in Bahrain ahead of the Formula 2 finale which will be held there.

He said: “It will be my second time driving the R.S.18, so I’m looking forward to getting back behind the wheel.

“My past experience with the R.S.17 and 18 was all about getting familiar with the car, whilst this year it’s been geared towards some of the smaller aspects, such as finding the right balance in the car and identifying what set-up suits me best.

“This time out the test will also be focused on getting into a full rhythm of an actual F1 race weekend. It’s extremely useful to do these days, as I learn a lot from them and they will help make sure I am ready for a seat in Formula 1.

“It’ll also be good to drive around the Sakhir circuit in Bahrain a few weeks ahead of our final two rounds there in the championship.”