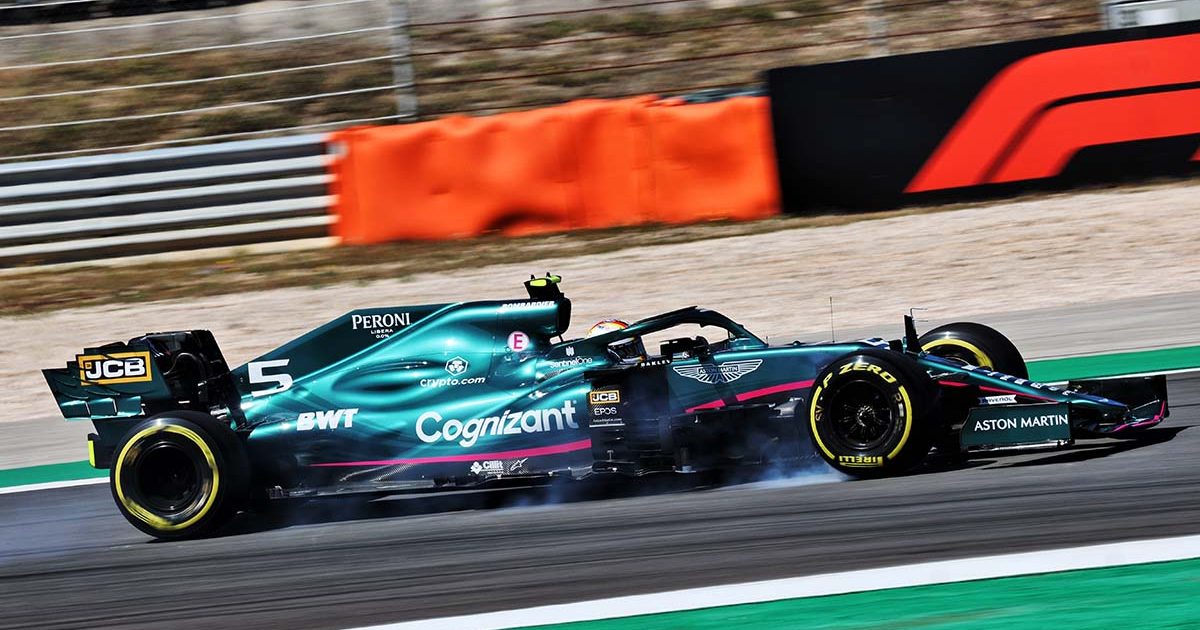 The four-time World Champion headed to Portimao with a clean weekend and his first points of the season being the main aim, but the signs of making that a reality are slim based on Friday’s practice showing.

Vettel finished P16 and P15 respectively in FP1 and FP2 and Szafnauer has pinpointed the inconsistent nature of the AMR21 as the reason why Vettel is struggling for any kind of momentum so far this season.

Sebastian Vettel said the Aston Martin "doesn't do what I want it to yet" after a difficult Friday in Portimao.https://t.co/z1u49J0d8P #F1 #PortugueseGP pic.twitter.com/kfbBLsKDoy

“Here in particular, it’s a little bit [of] having instability going into the corner at the rear, but I think the biggest difficulty is the variability in it, Szafnauer said, as quoted by Motorsport.com.

“So if it does the same thing time and time again, then you can get to the limit and stay there and go a bit quicker.

“But when it’s variable and you don’t know what to expect, I think that’s the issue.

“The more you drive a car, the more you’re feeling it or with it, then the more you can predict that kind of stuff. It’s just a matter of seat time.”

Szafnauer also stated that there are plans to introduce upgrades to the AMR21 and help the car become a more consistent one for Vettel to drive.

He added: “That cure is going to come from a lot of good work in the wind tunnel, and just bringing new parts of the car in the next few races to get some of that load back that we lost at the rear,” Szafnauer said.

“That’s exactly where that’s coming from.

“There is a path. You’ll see some improvements coming at the next race, for example, and thereafter, there’ll be some other upgrades as well.