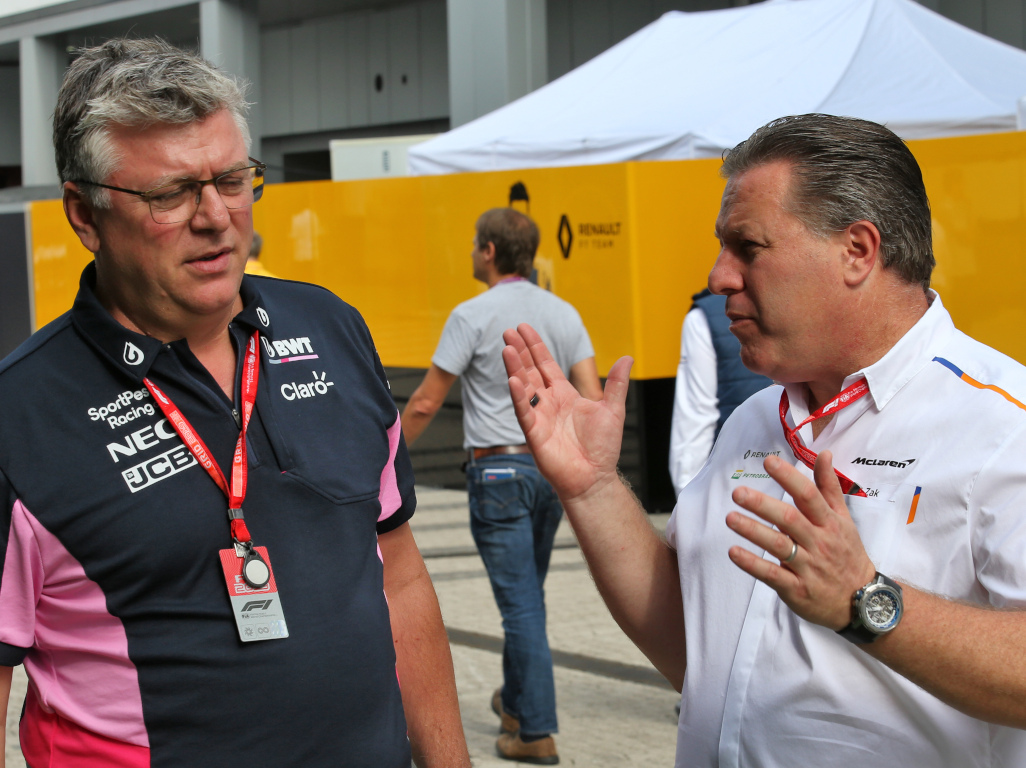 A war of words has erupted in the Formula 1 paddock with Racing Point team boss Otmar Szafnauer hitting back at Zak Brown’s “BS” comment, saying the American knows “little” about F1.

The FIA handed down its verdict on Racing Point’s copycat brake ducts ahead of Friday’s practice for the 70th Anniversary Grand Prix, triggering a spate of legal responses.

According to the FIA, Racing Point’s front brake ducts are legal but the rears are not.

However, they are not legal from a sporting stand point, not a technical one meaning the team can continue to run the ducts for the rest of the season.

No one is happy with the verdict.

“I think that’s confusing for the fans. How is something that is not legal in Austria still on the car?” said McLaren team boss Brown.

Szafnauer is not impressed with his rival team boss’ comments.

“So Zak Brown, it is BS, because he’s not an engineer,” he hit back. “He’s got no idea what he’s talking about. Zero.

“And I’m surprised at how little he knows about the rules of F1.

“It seems to me he knows more about historic racing than he does about F1.”

Racing Point has until Saturday morning to decide if it wishes to appeal the ruling.

Already McLaren, Ferrari and Renault have made known their intentions to appeal.

“I think an appeal, for example, would require some further legal assistance from lawyers,” said Szafnauer, “and it could very well be that the lawyers cost you more than the fine. So that’s something you’ve got to decide.

“And then to me the 15 points that we’re docked you’ve got to assess as well, is that gonna matter at the end of the championship? In some years it does. And some years it doesn’t. So it’s hard to predict. That could be a yes.

“And when you go to appeal, you’ve got different types of judges that will hear the arguments.”