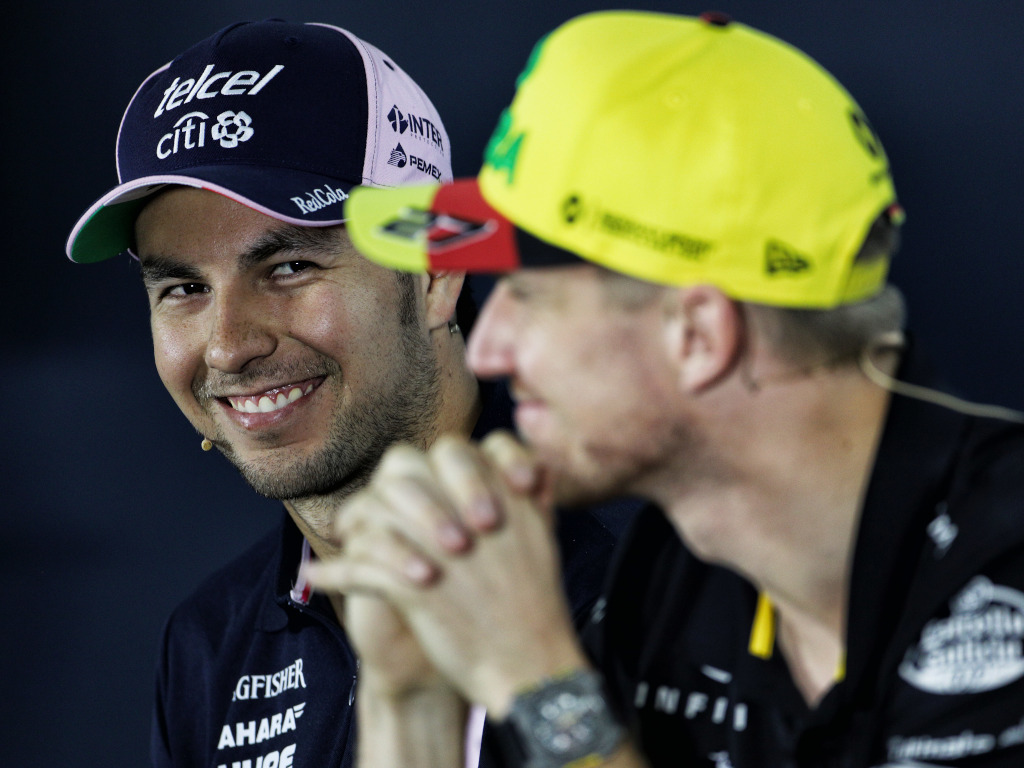 Joylon Palmer reckons Haas shouldn’t look any further than Nico Hulkenberg and Sergio Perez for its 2021 line up.

Hulkenberg teamed up with Perez at last weekend’s Eifel Grand Prix, the German called up to replace Lance Stroll when the Canadian fell ill.

Hulkenberg put in his very first lap of the weekend at the start of qualifying, finishing P20, although just four-tenths off a Q2 berth.

A strong drive on the Sunday saw the 33-year-old race from 20th to eighth.

Perez also had a good Sunday as the Mexican driver brought his RP20 home in fourth place to move up to P5 in the Drivers’ standings.

Palmer believes the duo, both without jobs for next season, would be the perfect combination to help Haas out of its current slump.

“I think that Racing Point line-up [at the Nurburgring] is such a strong midfield line-up,” he told BBC Five Live’s Chequered Flag podcast.

“Perez and Hulkenberg, both without a drive next year, if you are Haas…just sign them both.

“Take them as a package deal and you have potentially got the strongest midfield line-up.

“They are both just solid points-scorers, solid performers pretty much every weekend and Haas or Alfa Romeo just need a bit of fresh impetus.

“It would be a driver change that would make them stronger.”

Haas, though, is believed to be leaning towards a younger line up.

According to some reports, the team is on the verge of signing Callum Ilott and Nikita Mazepin while others claim it will be Ilott and Robert Shwartzman.

Hulkenberg has downplayed talk of him taking one of the Haas drives.

As for Perez, he was initially linked to Haas but those rumours have quietened down in recent weeks with Steiner saying he wants young drivers for the future.

“Short-term thinking would be to get in the best drivers possible for next year and then look after 2022 when we get there, but we have to rebuild the team a little bit after this difficult year, so what is best to do for the team? Build it up and be ready for ’22, and use ’21 as a transition year.”