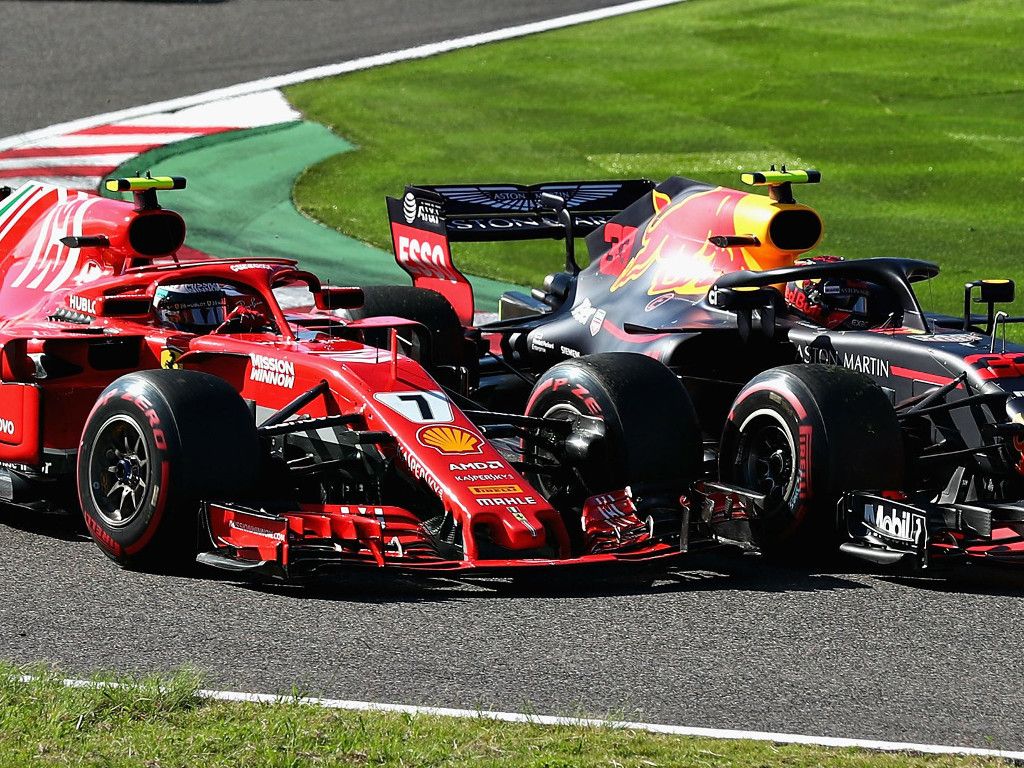 Max Verstappen has been handed a solitary penalty point to go with his five-second time penalty at the Japanese Grand Prix.

Battling Kimi Raikkonen for position at Suzuka on Sunday, Verstappen ran off the track and rejoined in the path of the Ferrari driver.

He gave Raikkonen a hefty shove, pushing him off the track, and was penalised five seconds for the incident.

The stewards ruled that he had “cut the chicane and rejoined track on the racing line in turn 17 and in the process collided with car 7 [Raikkonen].”

He wasn’t the only driver penalised on the day.

Both Fernando Alonso and Lance Stroll received five-second time penalties during the grand prix as they battled with one another.

Stroll earned his by causing a collision with Alonso and pushing him off the track while the Spaniard was handed the punishment for cutting the chicane.

The stewards felt that “although car 14 [Alonso] was forced off the track, car 14 thereafter cut the chicane and rejoined the track thereby gaining a significant advantage.”

Stroll was hit with two penalty points, Alonso with one.