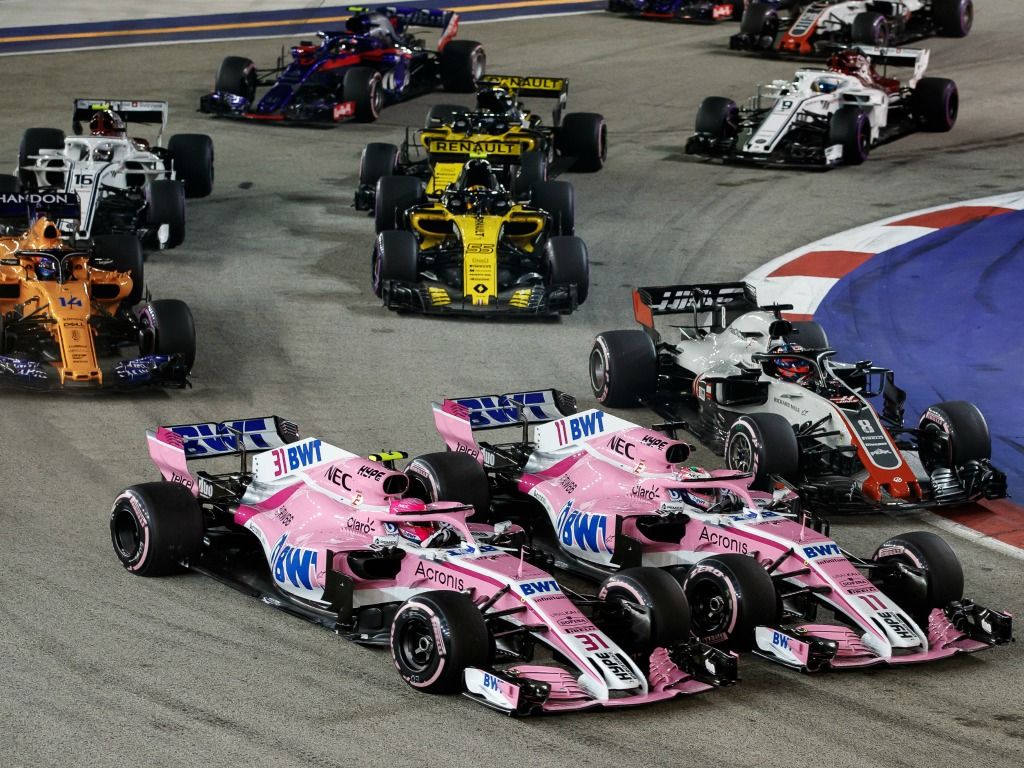 Both Sergio Perez and Sergey Sirotkin were given penalties for separate incidents during the Singapore Grand Prix.

The pair came close on three different occasions during the 61-lap race, and made contact on Lap 27.

The Mexican had been stuck behind Sirotkin after making an early pit stop in Singapore, and eventually went crazy.

He had complained on the team radio that the Russian had been moving around in the braking zone.

However, Perez took it into his own hands, and once he got past the Williams, he moved across the road and hit Sirotkin’s car, causing himself a puncture.

The move was deemed “potentially dangerous” and Perez was given a drive-through penalty by the stewards.

“It was very costly,” Perez said.

“Then as I was going through him I tried to close the door, but I think he was too close there.

“In the end, not ideal. I don’t think it would have changed the result but it’s a shame we didn’t score any points.”

After the race, the Force India man agreed that the penalty was fair.

“I have to see the incident but I think I probably closed the door earlier than I should have,” he continued.

“I have to double check, but I think it was fair, the penalty.”

Sirotkin suffered big damage after that collision with Perez, and it cost him later in the race.

“[There] was quite a big damage to the front part of my car, the flaps and bargeboards were properly damaged for me,” Sirotkin said.

“Also the aero parts were moving throughout the lap, from corner to corner.

“After the point of the race it was just a case of survival.”

Sirotkin then had another incident with Brendon Hartley later on in the race.

On the run down to Turn 15, the Kiwi had placed his Toro Rosso on the outside of Sirotkin’s Williams.

However, the Russian had no grip left on his 40 lap old soft tyres and locked up, almost forcing Hartley into the wall on the outside.

“In the contact with Brendon, I didn’t know it until after the race and I wasn’t really fighting,” the Russian added.

“I was kind of protecting my position under braking with my car completely damaged.

“I lost the car under braking and at that point I was just trying not to hit the wall.

“I understood was Brendon on the outside and I think he was waiting if I ended up in the wall or not. If you look at my onboard I was very close to park it there.

“It’s fair I got the penalty for it because I blocked him, but it was not because I wanted to fight him.”