Home News Perez back to Spec-2 as Mercedes investigate 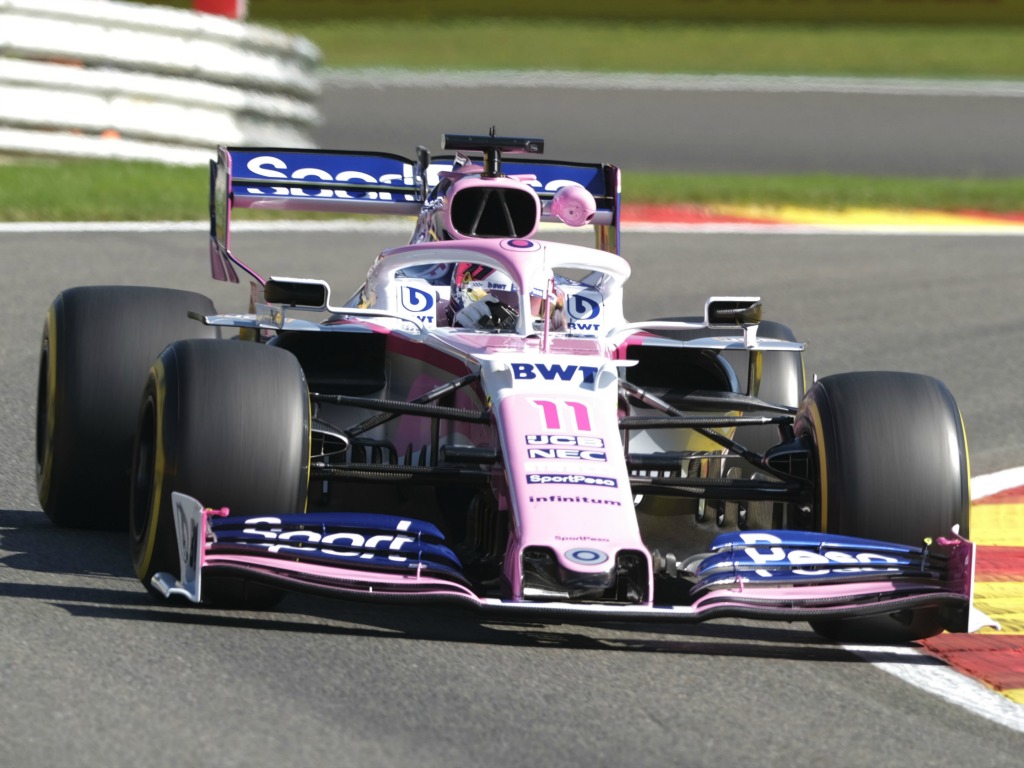 SportPesa Racing Point’s Sergio Perez is to revert to a Spec-2 Mercedes engine after he came to a stop using the new-spec power unit in FP2 at Spa.

Mercedes had rolled out their new Spec-3 power unit across both factory and customer teams on Formula 1’s return to the summer break, but it has not been without some teething problems.

Perez, who has recently signed a new long-term deal with SportPesa Racing Point, was forced to stop his car after traces of smoke could be seen around the air intake box and the rear.

Mercedes later confirmed that a drop in oil pressure was the cause of Perez’s stoppage and the new power unit has been sent back to their Brixworth base for further analysis.

While Perez reverts to an older-spec, all other cars will remain with the Spec-3 power unit fitted.

There was also concern on the other side of the SportPesa Racing Point garage after Lance Stroll’s FP2 session came to a smoky end, too.

But the Canadian confirmed that was because of one the electrical boxes behind his race seat.

“One of the FOM electrical boxes behind the seat got unusually hot,” Stroll said.

Stroll is one of six drivers currently set for a grid drop at Sunday’s Belgian Grand Prix after surpassing his engine allocation for the season.