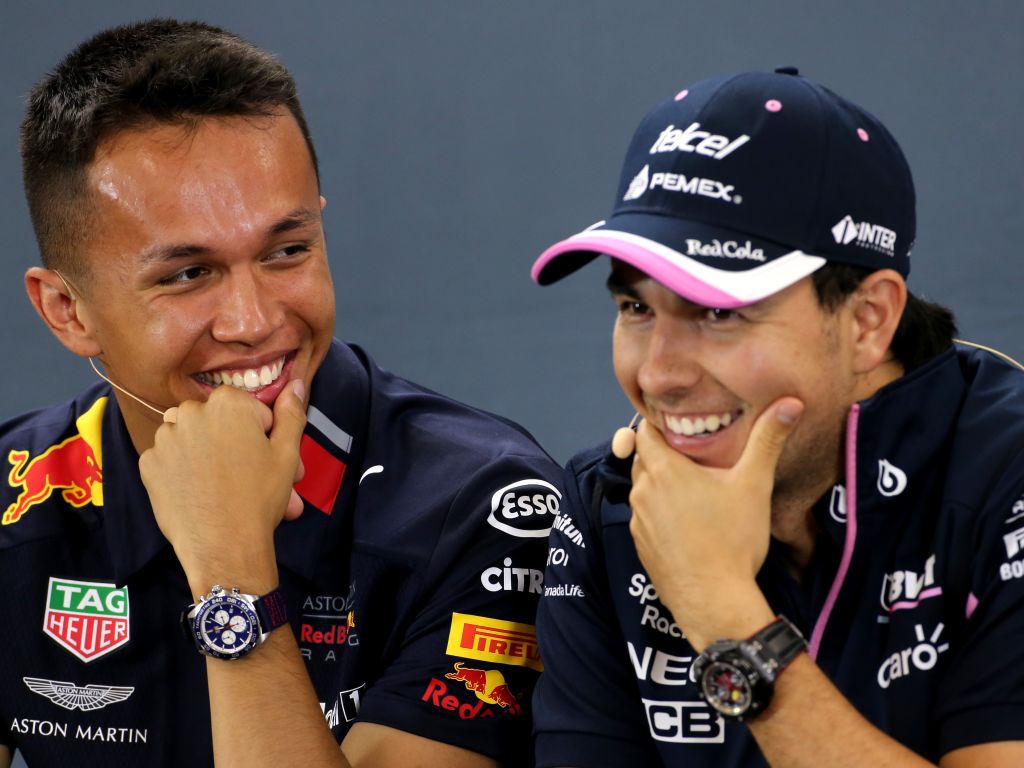 Sergio Perez has been cleared by the stewards after his final-lap battle with Alex Albon in the Belgian GP saw him ease his rival off the track.

Albon had started at the back of the grid on his Red Bull debut after taking new engine components, but he made his way through the pack and reeled in the SportPesa Racing Point of Perez on the final lap in Spa.

With McLaren’s Lando Norris suffering a late retirement, Albon and Perez were jostling for ‘best of the rest’ P5 and the pair both tried to slot behind each other to gain DRS at La Source for the Kemmel Straight as the final lap began.

Albon won the DRS contest and made his way beyond Perez for a career best P5 finish, though he was forced to do so with two wheels on the grass.

Despite being called to the stewards, Albon said the pair laughed about the incident after the chequered flag had flown.

On the grass at that speed 😳 pic.twitter.com/CxdYMr9Rnc

“Basically DRS is almost too good in some respects so whoever gets DRS you overtake the car in front and with that in mind,” Albon told the media. “You always fight for DRS when you know you could lose position.

“I thought I had him covered but then he went wide in Turn 1 and I knew what he was up to. It was fun and we laughed about it afterwards.

“I have to run to the Stewards now for this. Here [Turn 1] we are playing the DRS game, Sergio wanted DRS and so it became like a Virtual Safety Car restart. The Racing Point was so quick down the straight all weekend so I was like ‘after you, no, after you’, and then got past.

“We had been catching Sergio at quite a good rate. Hopefully he is in the naughty seat [with the FIA Stewards].”

However, the stewards ruled that no further action would be taken against either driver.

“ALB kept on with his overtaking move. PER said when he knew he was on his right he moved to his left. ALB successfully overtook PER.

“Each driver described it as hard racing and agreed there was potential danger. In view of the explanations and the successful overtaking move it was considered there should be no further action.”