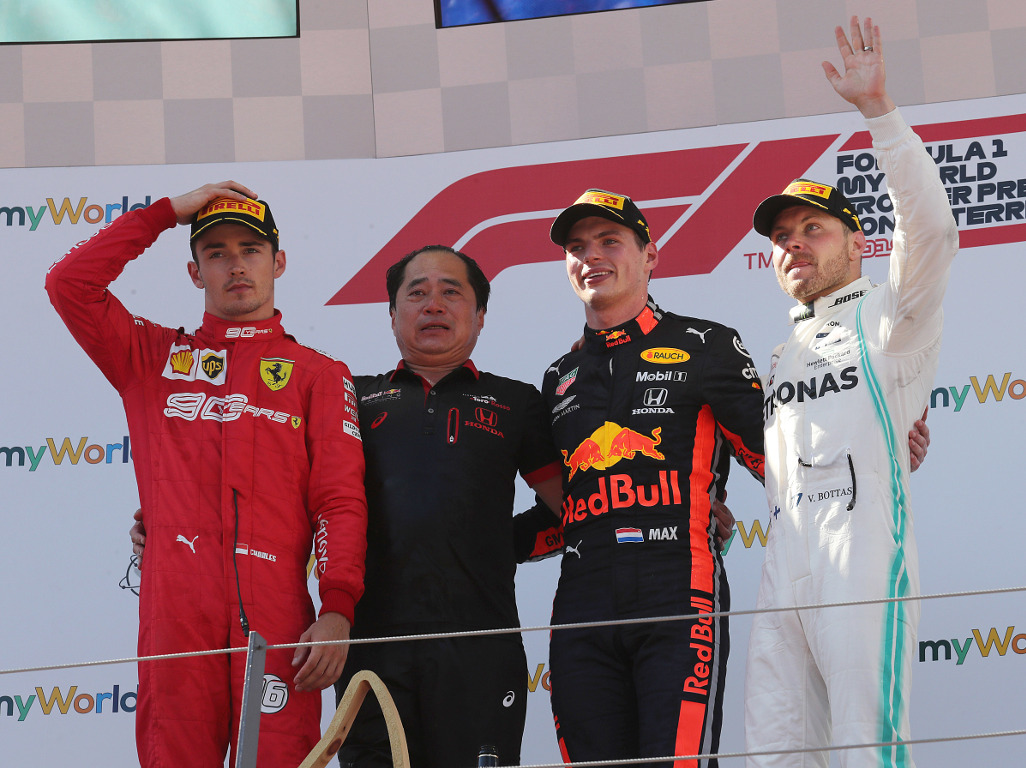 One extremely lucky Max Verstappen fan has won a trip to the United States Grand Prix having successfully – and precisely – predicted the outcome of the Austrian race.

Facing odds of more than 104,000 to win, Bart Altenburg from the Netherlands, not only predicted that Verstappen would win the Austrian Grand Prix but that the Red Bull driver would be joined on the podium by Charles Leclerc and Valtteri Bottas.

And it didn’t end there.

Altenburg correctly stated that Verstappen would claim the fastest lap and that not a single car would retire – something that has only happened eight times in F1 history.

The other parameters included a winning time of between 2.501 and 7.5s and no Safety Car while Lando Norris and Antonio Giovinazzi, who bagged his very first F1 point in Austria, would shine.

“I’m so happy to hear that I’m the first ever winner of the F1 play game!” Altenburg told the official F1 website.

“The Austrian GP was one of the best and also the most exciting F1 races I think I ever watched!

“Max Verstappen winning like that was amazing, I must admit my hands were shaking and I might have had a little tear in the corner of my eye when he passed Charles Leclerc.

“I sort of feel like I’m Charlie and I found a golden ticket.”

Altenburg and an even luckier friend will attend the United States GP in November having won flights, accommodation and VIP Paddock Club Passes.

F1 fans can try their hand at the F1 Free To Play game, maybe even do a Bart themselves!