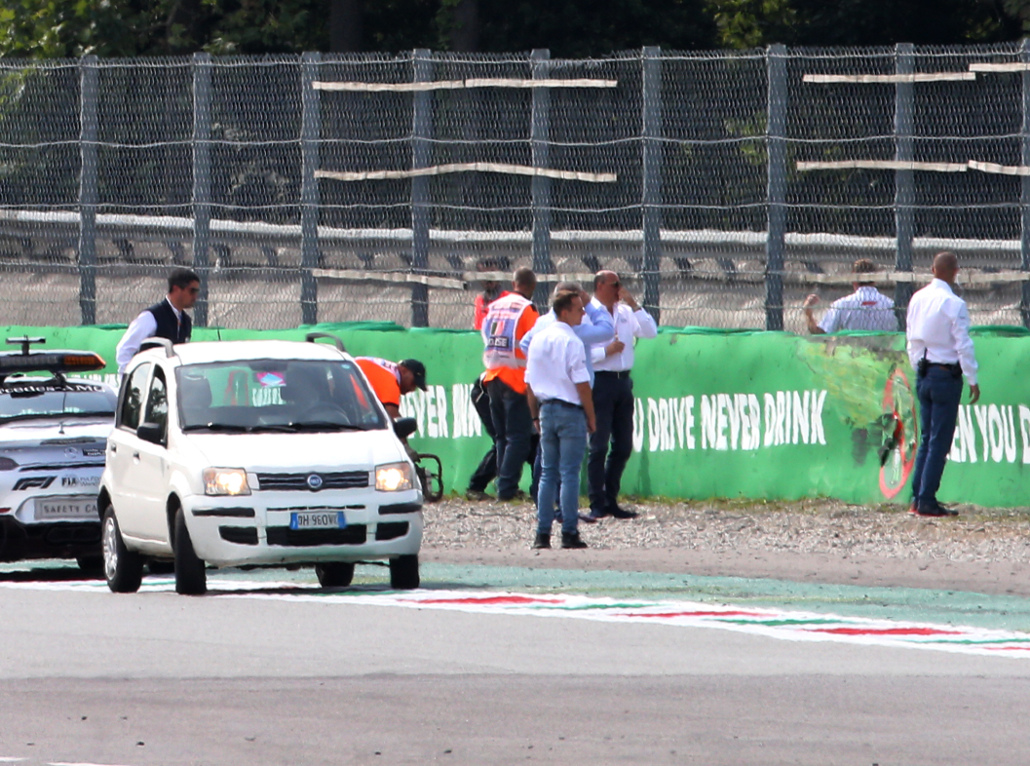 F3 racer Alex Peroni feels “lucky to be walking” after his horrific crash during the Italian Grand Prix weekend.

Peroni ran wide at the Parabolica on lap 17 of the first of two F3 races that weekend – his car would be launched into the air by a sausage kerb before he landed on top of the tyre barriers, almost clearing the catch fencing.

It was a frightening incident which resembled more of a video game glitch, especially just a week on from the F2 crash which claimed the life of Anthoine Hubert and left Juan Manuel Correa in an induced coma.

It’s no surprise then that Peroni feels “lucky to be walking” after suffering only a broken vertebra which didn’t require surgery.

“I was knocked out during the crash so I don’t remember it and that’s why I guess I’m not that traumatised by (watching) it,” he is quoted by Motorsport.com.

“I’m very lucky to be walking. I’m just excited to be in the car as soon as possible.

“I’m very happy to be home obviously. It’s a pretty bad way to end the season to have that crash, but I’m just looking as far ahead as I can.”

Peroni must rest for 30-40 days so he will miss the final round of F3 in Sochi.

After the incident the sausage kerb was removed from the Parabolica, but Formula 1 race director Michael Masi confirmed that there would be no knee-jerk reaction to the crash it caused.