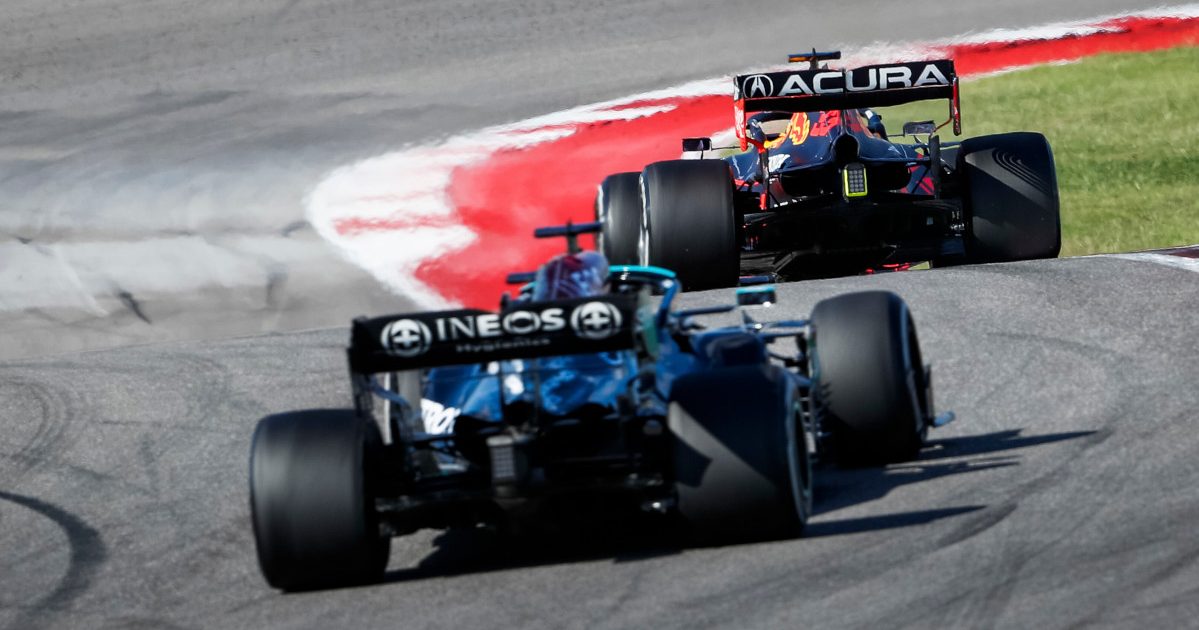 Max Verstappen won Lewis Hamilton’s favourite race and in doing so extended his lead to 12 points in the Drivers’ Championship.

PlanetF1 delivers its verdict on Verstappen’s US GP drive.

Commentator after pundit has spoken this season about Max Verstappen’s maturity, how the 24-year-old has cut out his mistakes, has a good head on his shoulders and why this will win him a World title. This year’s one to be precise, I’d put my money on that after his phenomenal United States Grand Prix.

Now I’m more of an action type person than a strategist, and after the opening lap of Sunday’s race there was very little action between Verstappen and Lewis Hamilton, although the highlights package will say they traded the lead several times during the 56 laps.

I thought Red Bull had botched it when they brought Verstappen in for his second pit stop on lap 30, leaving him with 26 laps on a set of hard tyres and, more importantly, counting how many laps it would be before Hamilton pitted. It was eight, leaving the Mercedes driver on a much fresher set of tyres for the final stint.

Lap after lap Hamilton closed Verstappen down and it looked like a rodeo in which the bull would quickly get lassoed. Instead Verstappen showed that maturity, that lack of mistakes, that good head on his shoulders, as he had left just that little bit in the bag when it came to tyre management.

He was able to up his pace, on tyres that should have been almost bald based on the look of his hard tyres from his middle stint. His control, his composure… even his minor rant at the Haas of Mick Schumacher didn’t sound desperate.

The Red Bull driver has given us some epics in the past, his 2017 Chinese Grand Prix drive to the podium and a year later his recovery at the US race spring to mind, but Sunday’s masterclass at the United States GP, well that’s the one that is going to hand him a World title.

It’s a well-worn cliche to describe such a performance from Verstappen as a ‘Champion’s Drive’, but what he did in Austin certainly felt like that fitted the brief.

It felt like Verstappen found a new mentality within himself that we hadn’t yet seen from him. It felt like a mirror of events in Bahrain at the start of the season, where Hamilton pitted earlier, took the lead and defended hard towards the end to take the win.

What Sunday showed is that both Verstappen and Red Bull have learned from the experience of that. While it’s one thing to identify where a race is won in that situation, it’s another thing to be able to execute it – and that’s why you can now see another weapon in Verstappen’s armoury with the way he drove.

That being said, though, it feels as though there was potential from Hamilton and Mercedes’ side to have done things slightly differently – although hindsight is a wonderful thing, of course.

Hamilton was told to effectively ‘ease’ his tyres up to temperature before trying to reel Verstappen in, which left the gap static for several laps before he pulled back towards the front, so there may be a small case to say it was too little, too late from Mercedes in the end.

But by the same token, the way the Red Bull driver had controlled his own pace to allow himself room to use up his remaining tyre life in the closing stages and halt Hamilton’s progress was extremely impressive.

Was it Verstappen’s most dominant win? No. But what was most ominous about that result is that he has now found a new way to win, which is arguably more important for him in the future. What a drive.

I think it has to be his best. The very fact we are even discussing it shows it must be close, and the context means it has to be very difficult to keep off Max’s personal No.1 spot.

It is very tempting to think this was a pivotal victory in the title race, a moment when the pendulum swung irreversibly in one direction.

There are still five races remaining, of course, and 133 points for Verstappen and Hamilton to fight for. But if the Dutchman had surrendered to the seven-time champion at Austin it could have been a mightily damaging blow.

Red Bull and their driver got it spot-on, however, and while Verstappen has looked to be driving like a champion-in-waiting all season, the maturity and skill of this performance means that notion simply cannot be questioned now.

World Champions should be able to achieve all types of race victory – dominant from the front, recovery drives from behind, head-to-head battles, gutsing it out when circumstances may be against them.

This one was certainly in the latter category. It may turn out to be the last time Verstappen needs to produce that type of display this year and if so, and he ends up dethroning Hamilton, he may just look back upon Austin as his most satisfying victory so far.

A late, but familiar twist was threatened last time out in Turkey as Mercedes discovered pace which Red Bull could not match, but in Austin the latter firmly cast away any doubt, including their own, that the title battle was at risk of slipping away.

We have heard Verstappen say before that he is not one to feel pressure, a driver who shies away from the limelight and just goes to work in the car, and this approach certainly seems to have turned him into a competitor with nerves of steel.

The complete, mature and controlled Verstappen really is a scary prospect, as Mercedes found out at the Circuit of The Americas. Try as they might in the strategy room, and on-track via Hamilton, the case of Verstappen just could not be cracked.

With five rounds to go Verstappen now leads Hamilton by 12 points in the Drivers’ standings, and if neither reliability or on-track collisions come into play, then it is hard to see Verstappen being denied his first World Championship.

Hamilton had won five of the eight visits to COTA before this weekend, so if Verstappen can halt the seven-time champ here, he has the ability and the machinery to do it anywhere.

Hamilton did say that the dinners are more memorable than the wins for him in Austin, so let’s hope he came up with a good plan to stop Verstappen over his latest meal, because he is going to need it!\