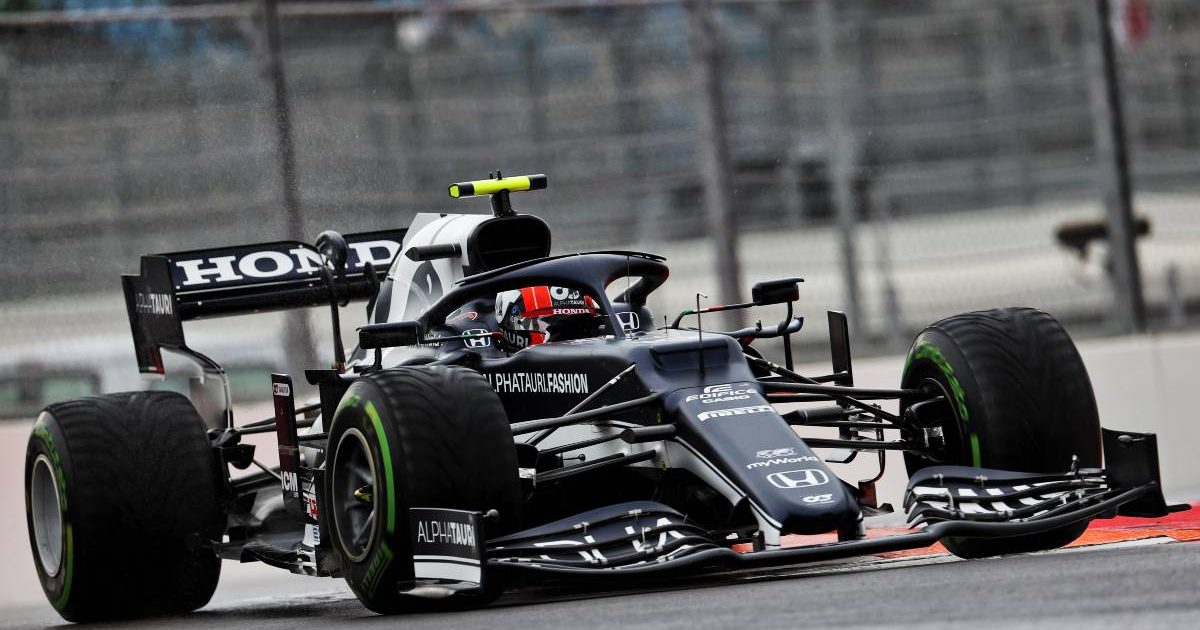 Pierre Gasly hit out at his AlphaTauri team, blaming them for a qualifying strategy error that left him starting the Russian Grand Prix down in 12th place.

The Frenchman had shown his customary impressive single-lap pace in both dry and wet conditions at Sochi, faster than everyone bar the Mercedes duo during FP2.

He was also looking good when qualifying miraculously got under way on time after a soggy morning, with all drivers using intermediate tyres in Q1 and Q2.

But as the latter session drew to a close, Gasly’s pleas to come in for new rubber fell on deaf ears and he was knocked out of the top-10 shootout, qualifying one position ahead of his team-mate Yuki Tsunoda – whom he had been comfortably faster than previously.

It was all the more galling for Gasly when he saw Lewis Hamilton make a mistake in Q3, allowing Lando Norris, Carlos Sainz and George Russell to strap on the slicks when the track dried out sufficiently and lock out the top three positions on the grid.

a missed opportunity today, but we'll take it back tomorrow when we fight back into the points 👊

“I don’t have the words,” said Gasly to Sky F1. “We were very competitive all of Q1 and Q2 and then we stayed out on the used tyres, which were dead, and for three laps I was asking to box because the track was dry.

“We didn’t do it, and in the end we were nowhere with these used tyres.

“I just feel like we missed a huge opportunity. As we just saw now, it was a crazy Q3 and we know in these conditions you need to be there until the end and today we did a bad job.”

As he emerged from the car, Gasly was visibly angry and had also complained over the team radio about being blocked by Russell. But it was later obvious what the majority of his bad mood was down to.

“I got blocked a bit, but it wasn’t even the point,” he added. “We just should have been out there on new tyres like most of the other guys and we didn’t do that.

“We need to review why we decided to do that. But now it doesn’t matter – we need to think about tomorrow and recover because we need points.”