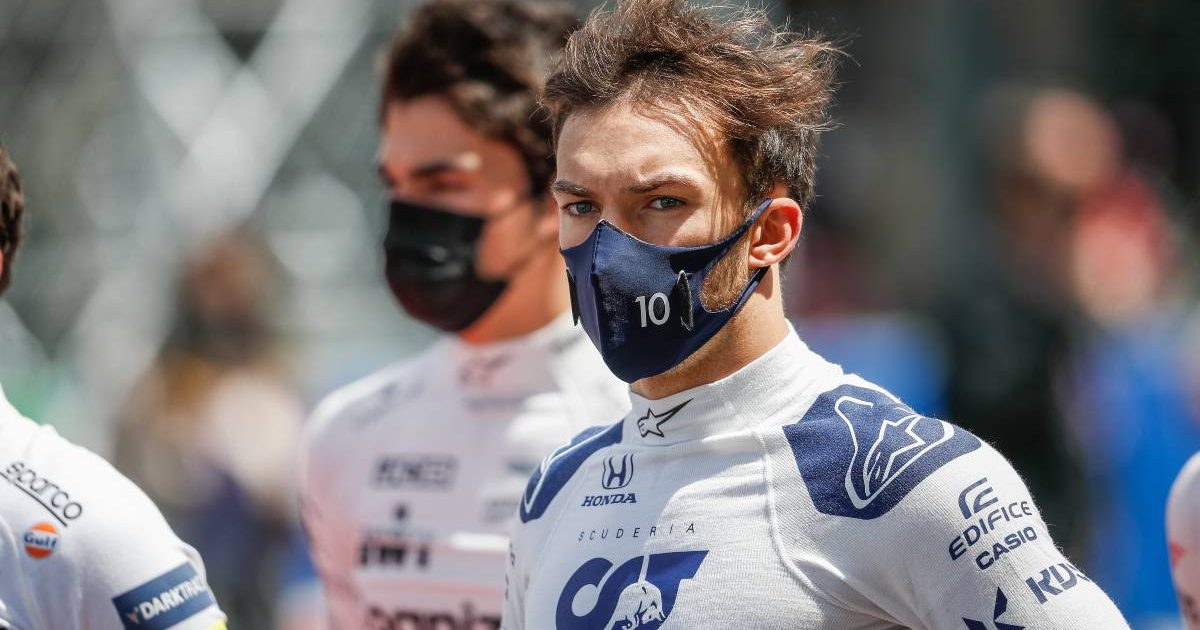 Pierre Gasly is concerned AlphaTauri have “dropped back” compared to their main rivals after the promise they showed at the start of the year.

AlphaTauri looked particularly strong in Bahrain, both in pre-season testing and the opening grand prix – something which applied to both Gasly and his rookie team-mate, Yuki Tsunoda.

The Japanese youngster set the second fastest time in testing and scored points on his race debut, while Gasly started fifth on the grid at both Bahrain and Imola.

That suggested the Italy-based team could be in the fight with McLaren and Ferrari for third place in the Constructors’ World Championship, but subsequently expectations have been tempered.

Instead, AlphaTauri have levelled off to a more realistic sixth position in the standings, with Tsunoda in particular enduring a difficult time, and Gasly recognises that the early potential to reach new heights this season has dissipated.

“We are just lacking pace compared to the first two races,” Gasly told reporters after finishing ninth in the Spanish Grand Prix.

“That’s something we need to understand because we just dropped back in the order compared to the start of the year. And I think there’s a bit of work for us.”

In fairness, AlphaTauri are better suited to low-downforce circuits – after all, Gasly won last year’s Italian Grand Prix at Monza – so Portimao and the final sector at Barcelona did not play to their strengths.

Neither, would you think, will Monaco, which stages the next race, but the French driver is not writing off his hopes of enjoying a more productive weekend.

“Monaco, I feel, is such a particular track that it might be slightly different,” added Gasly. “But there are clear areas where we need to improve.

“The car is not bad, it has potential, but it’s just that we haven’t really managed to make it work everywhere in all type of corners, and just get like a smooth sort of car balance all around the lap.

“So we always have like strength and quite big weaknesses, which I think we should improve. We will work, I trust in the team and I believe we will make some steps forward in the coming races.

“Obviously in the low speed it’s generally a bit more mechanical than aero, but also the aero platform can have some impact there. All processes to go through to really understand what we need to do better in this type of corners.

“But Ferrari and McLaren are making big steps forward. We need to keep up if we want to be able to battle a bit further in that midfield.”