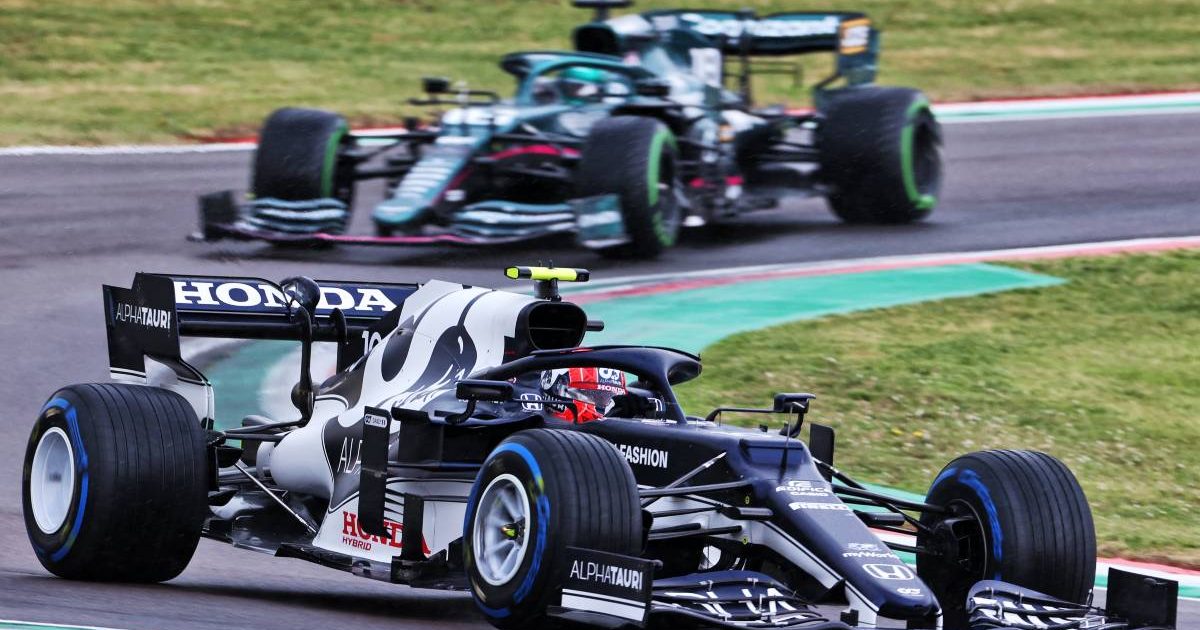 Pierre Gasly says he and the AlphaTauri team were in agreement about the decision to start on full wet tyres at Imola – which proved to be a bad call.

Unlike his team-mate Yuki Tsunoda, who began the Emilia Romagna Grand Prix on intermediates, Gasly went the whole hog and had the more extreme rain tyres fitted.

Three other drivers did the same but because the circuit was patchy following the pre-race downpour, the intermediates were ideal for the first half of the grand prix until the track dried out enough for slicks.

Gasly suffered terribly performance-wise due to the choice that had been made, dropping like a stone through the field from an excellent starting position of fifth.

Fortunately for the Frenchman, he was one of those to benefit from the red-flag stoppage that regrouped the remaining runners and when a time penalty was issued to Lance Stroll after the race for am illegal overtake on Gasly, last year’s Italian Grand Prix winner ended up seventh.

What a rollercoaster today. Happy to finish 7th after being pretty much last. We kept fighting til the end. Wrong decision today with the wet tyres, but we will learn together as a team. Some positives to take from the weekend, let’s focus to put it all together in Portimao. pic.twitter.com/hgafKjEd1e

“For sure it wasn’t a great afternoon for us,” said Gasly. “Honestly, very very difficult.

“We decided to start with the wets – I was in favour, the team was in favour, we thought we would try and in the end it turned out we were the only one out there [on wets], there was no grip at all and we were extremely slow.

“I think at some point we were last in the race so starting P5, that was clearly not what we expected and wanted.

“After the restart I think I was P14 and tried to come back and use the pace of the car in the dry, and we had a couple of battles and managed to save a couple of points.”

Despite it being a poor race for him, Gasly finished only just behind where he had expected to.

Asked why he had not pitted for intermediates, he said: “I guess we were screwed, so we were waiting for the track to be dry. It didn’t work out for us at the start. We need to have a look at what could have been better.

“We were not in a position to compete with these guys so I think P6 is where we could have finished. But that’s racing – sometimes we make the right call, sometimes the wrong call and that’s also how we learn.

“I think we have a car which can give us the opportunity to fight in the mix for the points in the coming races and we will have to make sure we do the right things.”