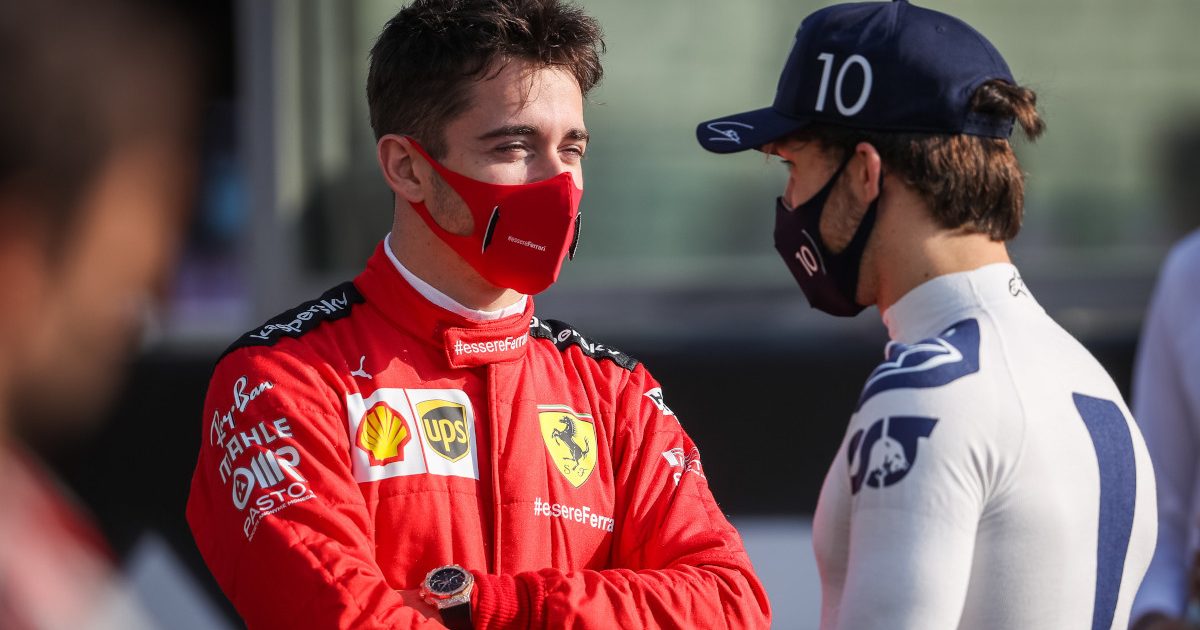 Pierre Gasly is surprised Charles Leclerc wasn’t given a penalty at the Styrian Grand Prix, especially given that Valtteri Bottas was.

Gasly started just ahead of the Ferrari’s Leclerc at the Red Bull Ring and picked up a puncture after the pair touched at the start.

That caused the Frenchman to slow down and be hit by Antonio Giovinazzi, causing him to retire from the race.

Immediately afterwards, he did not fully blame Leclerc for what happened, but having watched it back, Gasly is surprised a penalty was not given to his rival, especially as, a few days earlier, Bottas was punished for spinning in the pit-lane.

“In the end, it doesn’t really matter to me, but I must say I was a bit surprised at the time that there was no further investigation,” Gasly told reporters in Austria.

“Obviously it wasn’t done on purpose, and it’s not something which Charles deliberately did, but for sure it had quite a big consequence on my race.

“Especially after seeing Valtteri [Bottas] getting a three-place grid penalty for losing the control of his car in the pit lane, but not really affecting anyone else’s race, and this, which obviously had an impact on my race, I must say I was surprised.

“But at the end of the day, I just care about my own race, and there’s not much that could change anything on that side. So it’s just something we’re probably going to talk about with Michael [Masi].”

The two drivers enjoy a close relationship with each other having made their way through the ranks of motorsport together.

Despite that though, Gasly says he was still annoyed with his friend when the pair spoke to one another after the race, but is not holding any grudges.

“He came to see me after the race,” he added.

“I was still pissed off. It doesn’t matter even if you are friends. Still, I was still quite upset.

“But I know him, I know the way he races, he is a fair guy and you can see that he didn’t do it on purpose. It’s just hard but it’s part of racing, and these things happens once in a while.”